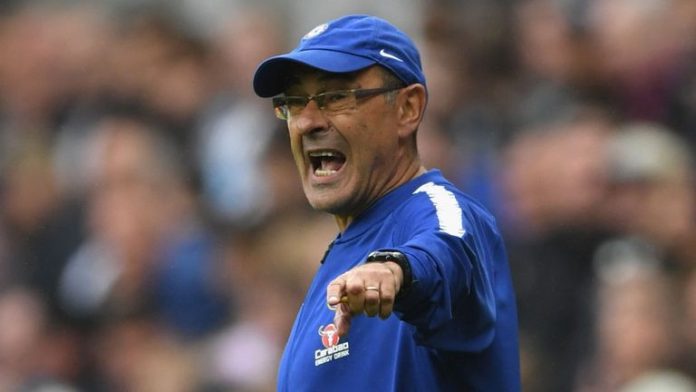 Chelsea host Tottenham Hotspur on Thursday aiming to book their place in the final of the Carabao Cup.

The Blues trail 1-0 after the first leg, but will fancy their chances of overturning the deficit against Mauricio Pochettino’s injury-hit Spurs.

Manager Maurizio Sarri will be looking for a reaction from his team following Saturday’s league defeat at Arsenal.

Sarri accused his players of lacking the mentality needed to compete at the top level and they have an opportunity to prove him wrong at Stamford Bridge.

Both sides last reached the final of the competition back in 2015, with Chelsea recording a 2-0 victory.

Here's how the Blues line up against Tottenham… #CHETOT pic.twitter.com/own55a2UWJ