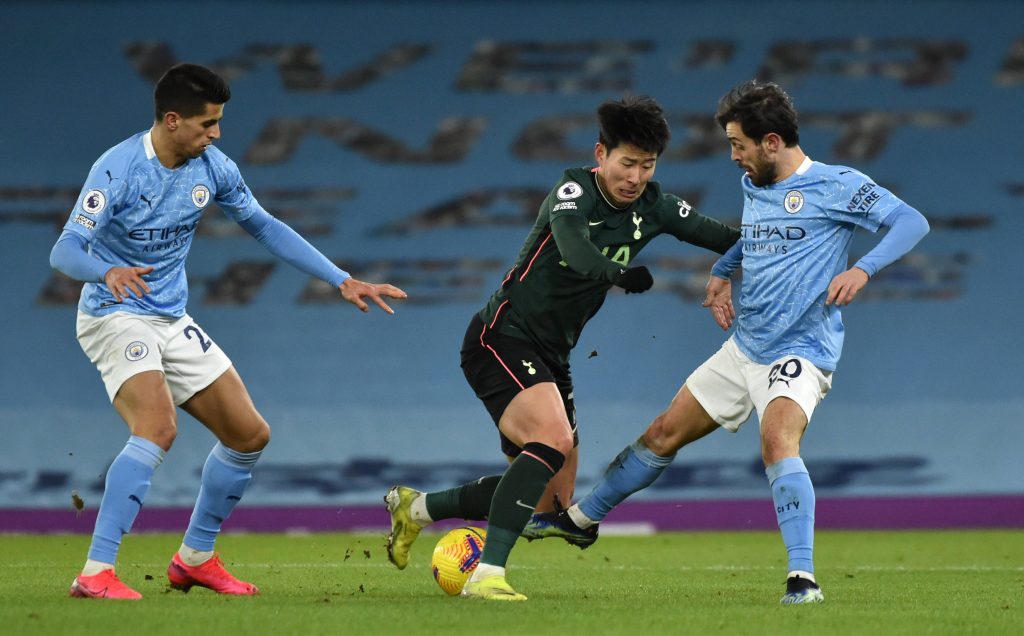 Wembley Stadium is the venue, as Manchester City and Tottenham Hotspur go head-to-head in the Carabao Cup final on Sunday.

Although Jose Mourinho brought Tottenham to the cusp of lifting their first piece of silverware in 13 years, Ryan Mason will have the chance to finish the job.

The Portuguese’s sacking has lifted the spirits in north London, with the 29-year-old interim boss looking to win the trophy in his first week in senior management.

Meanwhile, City are seeking their fifth League Cup title in six years and fourth in a row, last losing a match in the competition in October 2016.

Coming into this encounter, the Cityzens have alternated victory (three) and defeat (two) in their last five competitive matches, with four of those results (win/loss) yielding the identical 2-1 scoreline.

Indeed, the runaway Premier League leaders went past Burnley, Arsenal and Manchester United, beating each of them by at least a two-goal margin.

Since a 2-2 league draw at the Etihad in August 2019, none of the subsequent three competitive meetings between these two sides have ended level (W1, L2).

Before a 3-0 home win in their most recent clash back in February, City had lost back-to-back games against Tottenham by the same 2-0 scoreline.

Despite their recent woes, the Spurs have been a fun team to watch, with each of their last four games in all competitions seeing over 2.5 goals and both teams scoring.

Both of Tottenham’s last two away fixtures have witnessed the same 2-2 scoreline, with both sides finding the net within 31 minutes of play on each occasion.

The Londoners squeezed past Chelsea in their Carabao Cup last-16 tie following a penalty shoot-out before claiming two-goal victories over lower league outfits Stoke City and Brentford in the subsequent two rounds.

Tottenham have failed to outscore City in their last six competitive encounters away from home (D2, L4), conceding an average of 2.66 goals per game in the process.