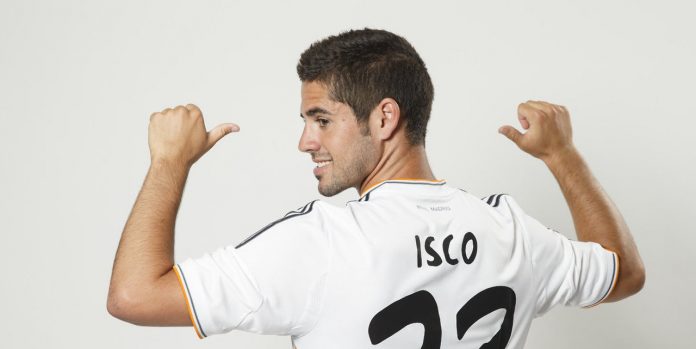 Real Madrid midfielder, Isco, has struggled to hold down a regular first team place ever since he signed for Los Blancos.

The Spanish international has been linked with a move to the Premier League almost every year, and the latest club linked with him is Chelsea.

According to latest reports, Chelsea have gotten in touch with Paco Alarcon, Isco’s father and agent, and have submitted an offer for the Real Madrid midfielder. The player’s agent is using that to pressure the Spanish giants into offering the 24-year-old a new deal at Santiago Bernabeu.

The report adds that Chelsea’s offer will double Isco’s current wages. Diario Gol are claiming that the attacking midfielder finds Chelsea’s offer quite tempting, and he has already informed Zidane that he could leave Real Madrid in the summer. Arsenal and Manchester City have contacted Isco’s father, as well.

There is no doubt that Isco is a fantastic footballer and is yet to reach his peak. Signing him would be a masterstroke for most sides in world football. However, Chelsea’s interest in him makes very little sense. Conte is struggling to accommodate the likes of Oscar, Fàbregas, and Willian this season, while Isco is a player of similar ilk. It is highly unlikely that the player will leave Real Madrid for a part-time role at Chelsea.

There have been talks about a new contract for the Spaniard, and it is highly likely that he will sign the new deal when it is presented to him. Clearly, the player is still a part of Zidane’s plans and despite the limited game time, he appears to be enjoying his time at Real Madrid.