According to Spanish newspaper AS (via EGoldDigital), two Chelsea scouts were present for Atletico Madrid’s 1-0 victory over Espanyol on the weekend, with the Blues said to have been watching star trio Filipe Luis, Thibaut Coutois and Diego Costa. 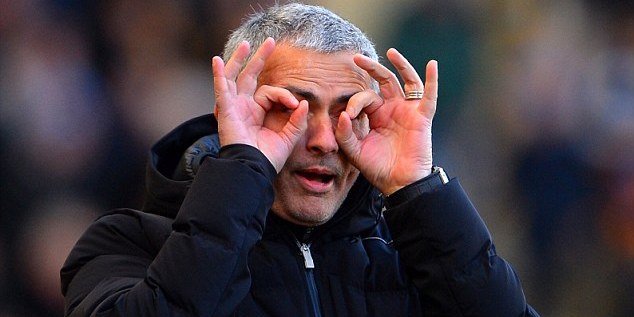 The Atletico three, of whom Coutois is already a Chelsea player, have all been mightily impressive this season, helping their side to second in La Liga, only three points behind leaders Real Madrid.

Altetico, who also slaughtered AC Milan on Wednesday night to reach the Champions League quarter finals, will have a hard time keeping the triumvirate, with Chelsea not the only interested party.

Manchester United were linked with a move for full-back Luis, and reportedly had a £17m bid rejected in January. With Ashley Cole on his last legs, it is no surprise to hear the Blues linked with the Brazilian, but a move for Southampton’s Luke Shaw still seems more likely at this point.

Thibaut Courtois, who in his third spell on loan at Atletico from West London, has been at the centre of a bitter tug of war this season, with Real Madrid and Barcelona joining Atletico in wanting to keep the Belgian number one in Spain permanently.

It is such a precarious situation for the Blues, and also one of intense frustration for all parties involved. Should Chelsea ditch stalwart Petr Cech for the 21-year-old shot-stopper, or risk losing Courtois permanently in the summer as the insecurity of his perennial loan to La Liga starts to turn his head?

Striker Diego Costa has stolen the headlines this season, with the nationalised Spaniard the surprise package this season, taking up the mantle of Falcao follwing the Colombian’s move to Monaco, and scoring 30 goals in 40 games so far for the Spanish outfit.

The 25-year-old has been heavily linked with a move to Stamford Bridge, and for some time. Arguably the hottest property in Europe at present, while Chelsea may be in dire need of a striker next season, they are part of a long list of suitors for the attacker. Costa is surely near the top of the Blues’ transfer agenda for this summer, and his saga could be one of the most interesting of the impending transfer window.

What do you think? Which of the three do Chelsea need most? Let me know in the comments below…