Chelsea owner Roman Abramovich is looking to fend off Inter Milan’s interest in Antonio Conte by signing world-class players for the Italian at Chelsea.

According to reports, the Russian billionaire recently agreed on a deal with Barcelona for their Brazilian winger Neymar. The Blues were willing to pay £155.5m for the Barcelona star but Conte has blocked the move and is looking to pursue other targets.

Earlier it was reported that Conte is unhappy with Chelsea’s transfer policy and therefore this could be Roman’s move to win over the manager.

Tuttosport say that Conte informed Abramovich of his decision after the Premier League win over Stoke City last week. 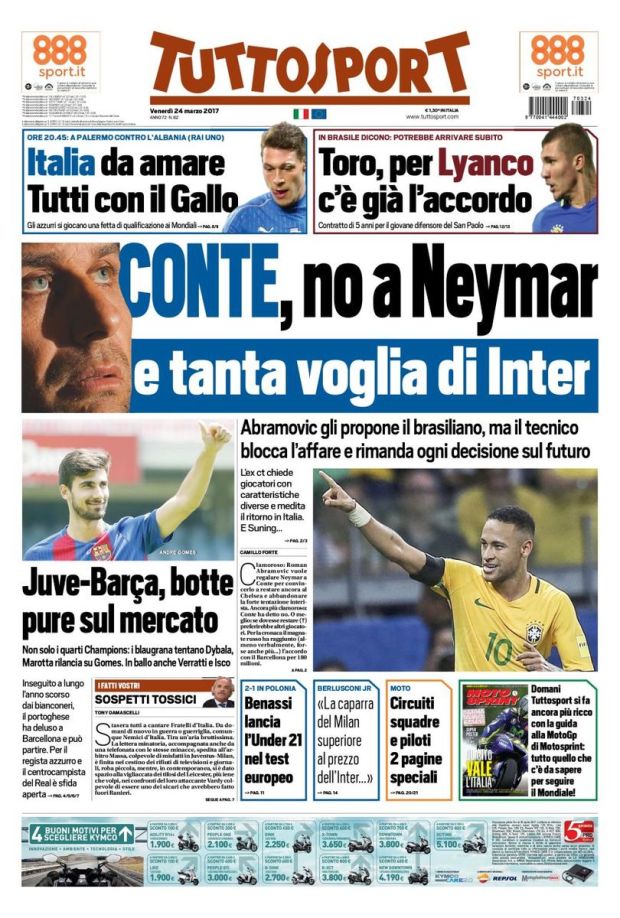 Neymar has been linked with Manchester United in the past as well and it will be interesting to see what happens at the end of this season. The Catalan giants are looking to sign Dybala this summer and that could force Neymar to switch clubs unless he receives assurances over regular playing time. It is unlikely that the likes of Messi and Suarez will be benched to accommodate a new signing.

In other news, Chelsea have no intentions of losing Eden Hazard this summer and are planning to offer him a bumper new deal.

Telegraph’s report adds that the Belgian is ready to commit to the Blues and has informed his friends that he wants to stay at Stamford Bridge.

Spanish giants Real Madrid are interested in Hazard and Courtois but it seems that they might have to pursue alternate targets now. Courtois has confirmed that he does not intend to join Los Blancos this summer and will sign a new deal with the Premier League leaders.