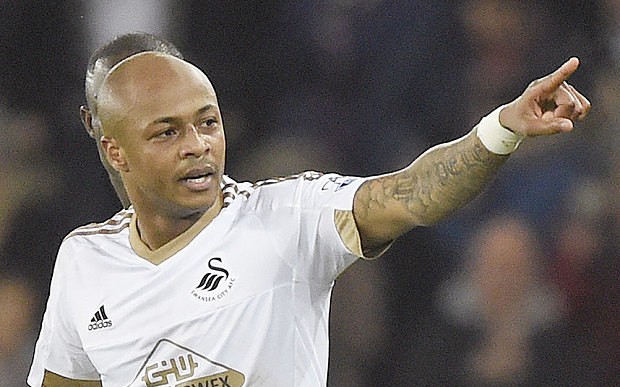 Swansea City manager Frencesco Guidolin has admitted that he is unsure about the future of his star man Andre Ayew. The Italian suggested that the winger’s future isn’t in his hands, ahead of the 2016/17 Premier League campaign.

In an interview to the BBC, Guidolin said, “Andre is a good guy and a good player, I hope he stays with us but I don’t know.”

“It is important to keep him, but it is not my job,” he added. “My job is to train and to get the team to play well and to get good results. I am confident he will stay.”

The former Marseille man was a revelation at the Liberty Stadium last year, and one of the few positives to come out of a disappointing campaign, as the Welsh side finished 12th. The Ghanaian scored 12 goals in all competitions and was the club’s top scorer.

The first of those strikes came on his debut against Chelsea last August. According to Le 10 Sport, the Blues will be one of the clubs interested in signing Ayew should he choose to leave Swansea. West Ham United and Sunderland are also interested, but it is the West Londers who are the favourites. 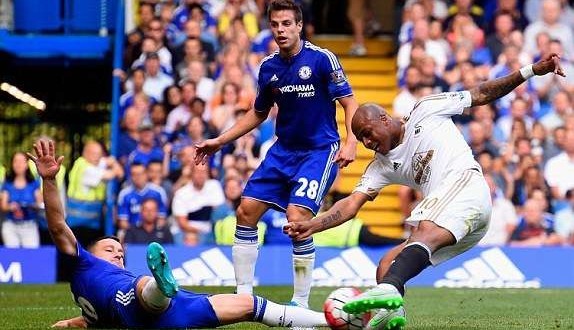 Chelsea have signed Michy Batshuayi and N’Golo Kante thus far this summer, but new manager Antonio Conte has said that the club will need to sign five more players to become title contenders next season. It will be interesting to see in the coming weeks if Ayew is one of those five.

The 26 year-old is known for his pace, creativity and finishing and could be a part of Conte’s plans one of the two strikers in a 4-4-2 formation. The Italian manager has, in the past, preferred one of his two front men to be diminutive and quick, and Ayew fits that build perfectly.