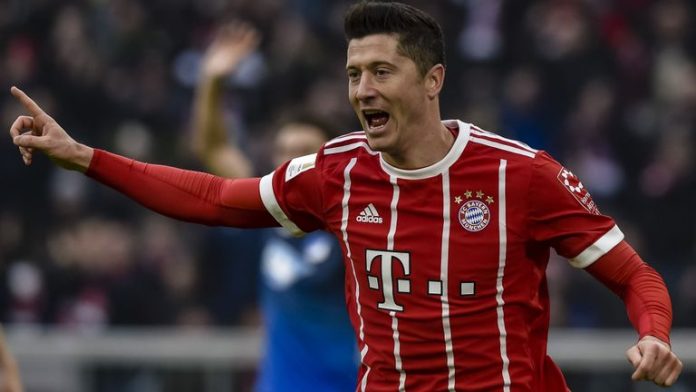 Chelsea have been linked with a stunning £100 million move for Bayern Munich striker Robert Lewandowski.

Despite uncertainty over the managerial situation at Stamford Bridge, the Telegraph has claimed that the Blues have made the 29-year-old their number one transfer target this summer.

His likely fee would likely be offset by the sale of Alvaro Morata, with the Spaniard struggling to make an impact after joining the club for £68 million in 2017.

Lewandowski’s possible arrival at Chelsea could persuade Eden Hazard and Thibaut Courtois to stay at the club despite their failure to qualify for the Champions League next season.

Both players have given mixed messages about their futures over the past few months, although Hazard hinted after Chelsea’s FA Cup victory that we was willing to stay at the club.

“We have a lot of top players who are used to winning trophies – we’ll be ready next season,” Hazard told the London Evening Standard.

“I think all of the players and the club want one thing and that’s to win the title. Of course, we will see if we can bring in some new players. But we will be focused on winning the title.”