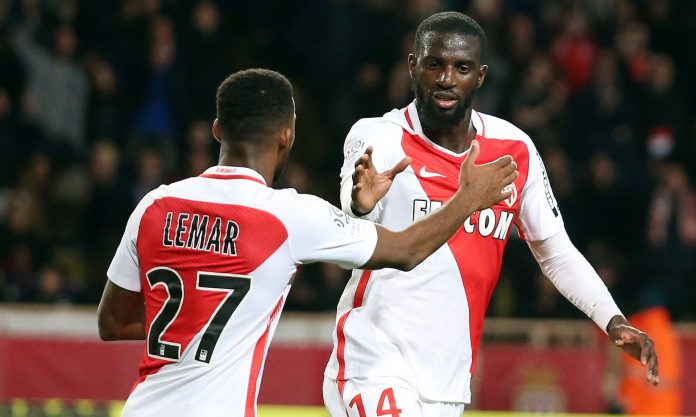 Chelsea have been linked with a January move for the talented Monaco midfielder Tiemoue Bakayoko.

The 22-year-old has been in very good form for the Ligue 1 outfit and has attracted the interest of Antonio Conte.

Daily Mail are reporting that Chelsea are preparing a bid for the Frenchman. The report adds that the Monaco midfielder is looking to stay in France for now, but Chelsea want to test his resolve with an offer in January.

The Premier League leaders recently completed a £52m sale of Oscar to Chinese club Shanghai SIPG and have the money to spend. They are also eyeing up a move for the Atalanta midfielder Franck Kessie who is valued at £30m. However, the Blues are reluctant to meet that asking price and therefore Bakayoko has emerged as an option for them.

Daily Mail are also claiming that Bakayoko is a target for Manchester United.

Antonio Conte’s side are certainly lacking depth in central midfield right now with Kante, Matic and Fabregas being their only options. Therefore, it is understandable why they want to sign another midfielder now.

Bakayoko is very highly regarded in France and could be an ideal option for the Blues this season. The French midfielder could also be the long term replacement for Cesc Fabregas. The Spaniard has been linked with a move away from Stamford Bridge since the end of last season.

Bakayoko operates as a holding midfielder and excels at breaking up the play due to his excellent tackling ability. His combative presence and aerial ability is also a major bonus.

Earlier this week, Florian Fieschi, Le Parisien’s correspondent in Monaco tweeted that Chelsea are preparing a big offer for the player.