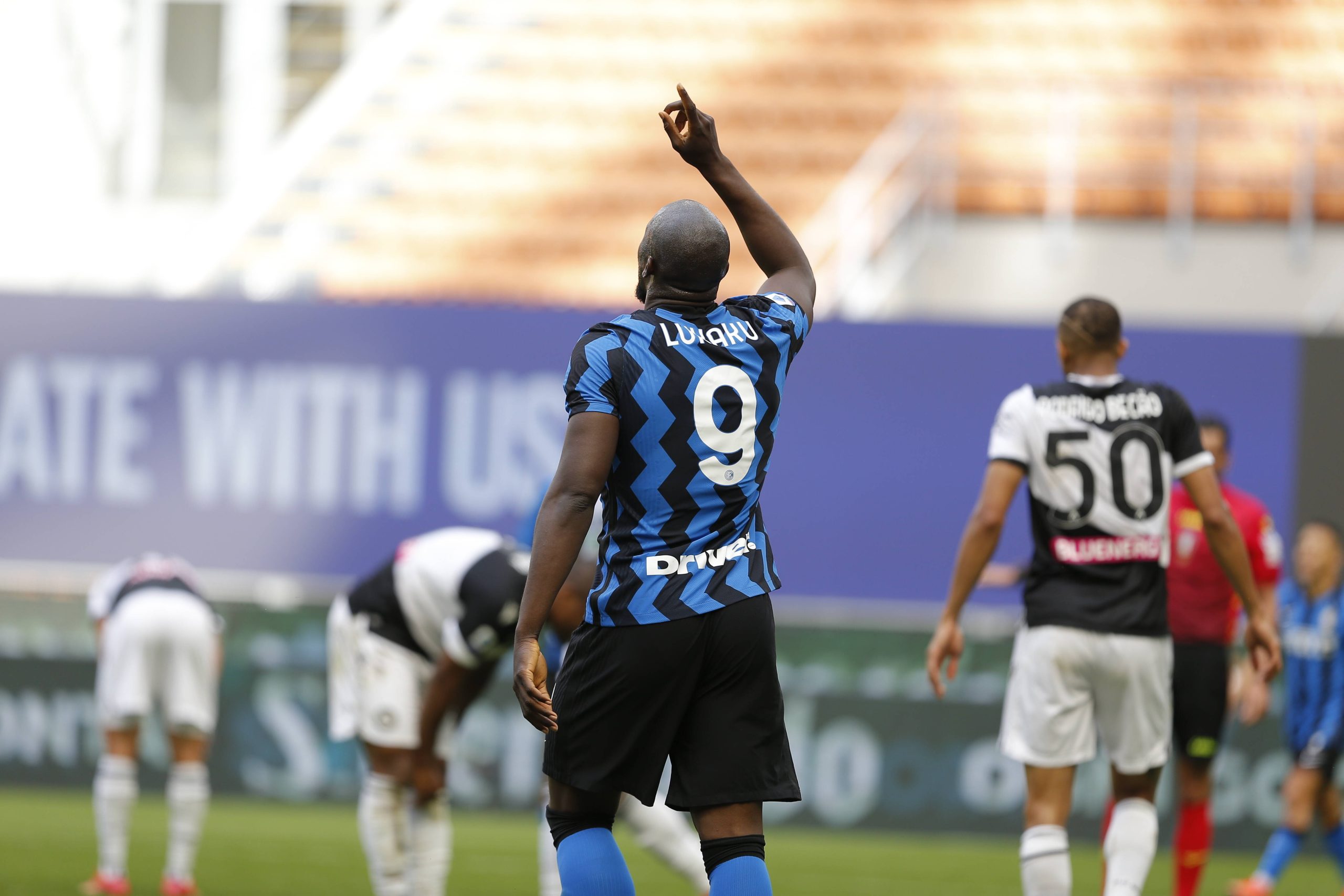 Chelsea are planning to step up their interest in re-signing Inter Milan striker Romelu Lukaku during this summer’s transfer window, Sunday World reports.

The Blues have had an impressive second half of the season after Thomas Tuchel replaced Frank Lampard as their head coach.

The club qualified for the Champions League via a top-four finish but missed out on silverware by losing to Leicester City in the FA Cup final.

They can still end the season on a high by beating Manchester City in the Champions League final at the Estadio do Dragao on Saturday.

Whatever happens, the club are focused on bolstering the attack, with the likes of Timo Werner, Kai Havertz and Christian Pulisic misfiring in front of goal.

Lukaku, who was previously with the club between 2011 and 2014, has been identified as the top target, and Tuchel is a huge admirer of him.

The Nerazzurri need to recoup at least £80 million from player sales to balance their books, and manager Antonio Conte recently left the club because of this.

With Conte’s exit, the Blues believe they have a good chance of landing their former striker, and a fee of £65m could be sufficient to do business.

The Blues were fancied to re-sign Lukaku from Everton in 2017, but Manchester United managed to pull off a surprise deal ahead of them.

Lukaku netted 42 goals in 96 appearances for the club but left them in 2019 after he got the chance to unite with Conte, who tried to sign him for the Blues.

The 28-year-old has been a revelation for Inter with 64 goals from 95 outings and recently helped them win the Serie A title after 11 years.

However, it appears that the title-winning squad may not remain intact, with the Italian champions needing to cut down losses before the end of June.

Conte was far from pleased with the club’s position, and their reluctance to invest in new players before sales paved the way for his exit.

The Blues have lacked the presence of a genuine 20-goal scorer. Diego Costa was the last player to do so in the league in 2016/17 as they won the title.

Timo Werner was considered a solution for their problems, but the German has had a tough debut season, where he has squandered multiple clear-cut chances.

The arrival of Lukaku could allow Tuchel to play with his preferred 4-2-2-2 set up, with Werner lining up alongside Belgium’s all-time top scorer.

Werner excelled at Leipzig when he had a good partnership with Yussuf Poulsen. The Dane was tasked with winning aerial challenges and linking up with the German.

Lukaku’s strong physical and aerial presence up front could bring the best out of Werner and make the Blues genuine challengers for the league title next season.

Lukaku, who bagged 30 goals and 10 assists for Inter in the recent campaign, has previously turned out 252 times in the Premier League.