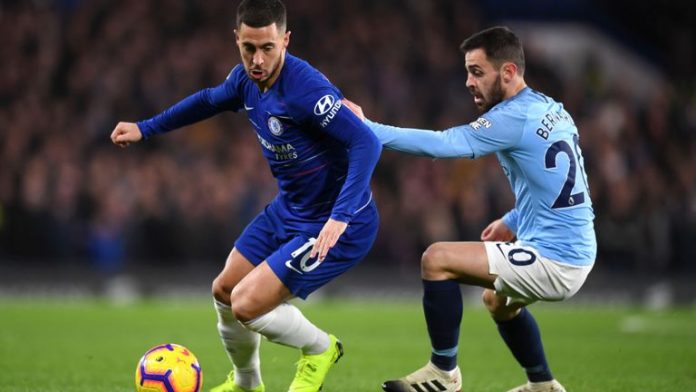 Chelsea and Manchester City go head-to-head in the Carabao Cup Final on Sunday aiming to improve their impressive winning records in the competition.

Both clubs have won the League Cup on five previous occasions – a total bettered only by Liverpool.

Pep Guardiola’s side go into the game as holders after their 3-0 win over Arsenal in last year’s final.

The two teams met in the Premier League earlier this month, with City running out comfortable 6-0 winners.

However, Chelsea inflicted City’s first league defeat this season with a 2-0 success at Stamford Bridge in December.

City progressed to the final courtesy of a 10-0 aggregate victory over Burton Albion, while Chelsea needed penalties to see off Tottenham Hotspur.

Your City starting line-up for #CHEMCI… ?