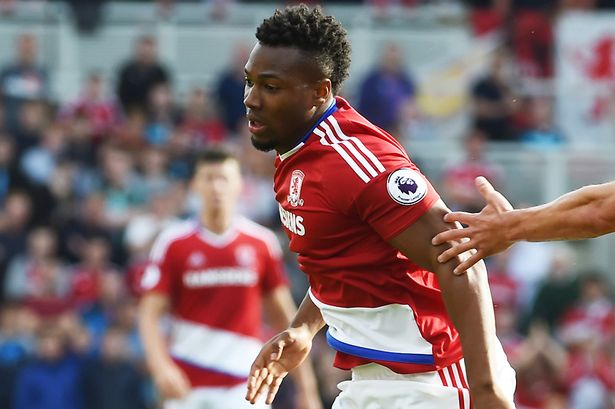 Chelsea have been linked with a move for the highly rated 20-year-old winger, Adama Traoré, in the January transfer window. According to reports from Sky Sports, the Blues have made a formal approach to Middlesbrough over the availability of their young winger.

Traoré is born and brought up in Barcelona. He joined Barcelona’s youth set up in 2004, and progressed through the club’s academy. He made one senior appearance for Barcelona after graduating from La Masia, but his stay at the Catalan club was cut short. He moved to Aston Villa in 2015 for a reported fee of around €7m, where he was unimpressive in a season limited by injury. He joined Boro on a four-year deal on the transfer deadline day in 2016 for a fee less than €10m.

At the Teesside, he has really impressed, and at times has shown flashes of brilliance. Most importantly, he is getting regular games under his belt, and is progressing well under the watchful eye of Aitor Karanka. He is an exciting young talent, but is far from being the finished product. His major strength lies in movement and speed but the major drawback of his game is that he lacks any end product. He is still very young, and these technical aspects of his game can be improved over time.

Sky Sports are reporting that he has attracted the attention of Antonio Conte, the Chelsea manager, because of his “lightening pace”. Traoré has already played for two teams this season which could complicate his transfer, if Chelsea at all make a move for him. He made a substitute appearance for Villa before the transfer, and it means he won’t be able to play for Chelsea this season.

Meanwhile, the Evening Standard are reporting that Chelsea would sign him now, and send him back on loan to Boro for the rest of the season.