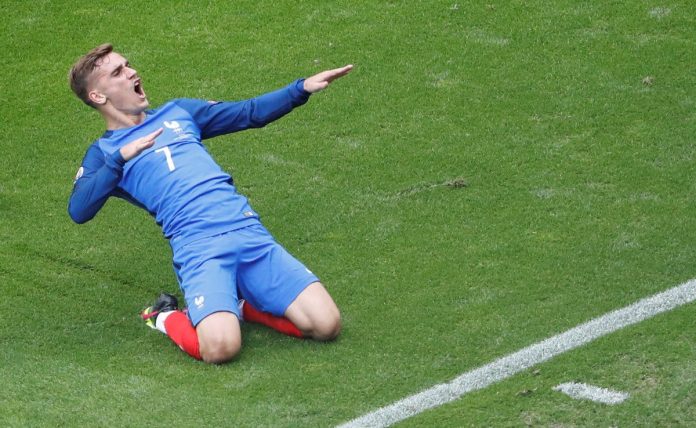 Atlético Madrid forward Antoine Griezmann has been linked with moves to the Premier League several times in the past, and the latest clubs linked with the French forward are Chelsea and Manchester United.

As per the report from French outlet Mercato365, Chelsea are very interested in signing Antoine Griezmann but they will face competition from Manchester United. Mercato365 also add that Roman Abramovich has already begun working towards securing the big money transfer. Chelsea will have to shell out in the region of 100 million Euros (the player’s release clause).

Griezmann is one of the best players in Europe right now and whoever signs him will end up with a world-class footballer. Chelsea are heavily reliant on Costa and Hazard as their only attacking outlets right now and Griezmann could be a key improvement. The same can be said about United, who rely on Martial and Ibrahimovic a lot.

The 25-year-old versatile forward has scored 63 goals in 115 appearances for Atlético Madrid so far and helped France reach the finals of Euro 2016 as well. Griezmann ended up being named the best player of the Euros and was nominated for the Ballon d’Or award as well. He was also rewarded as La Liga’s best player in 2016.

Mercato365 have claimed that PSG could revive their interest in the player as well. In that case, convincing the player will be key. All three clubs have the resources to pay his release clause and therefore money should not be a problem for either side.