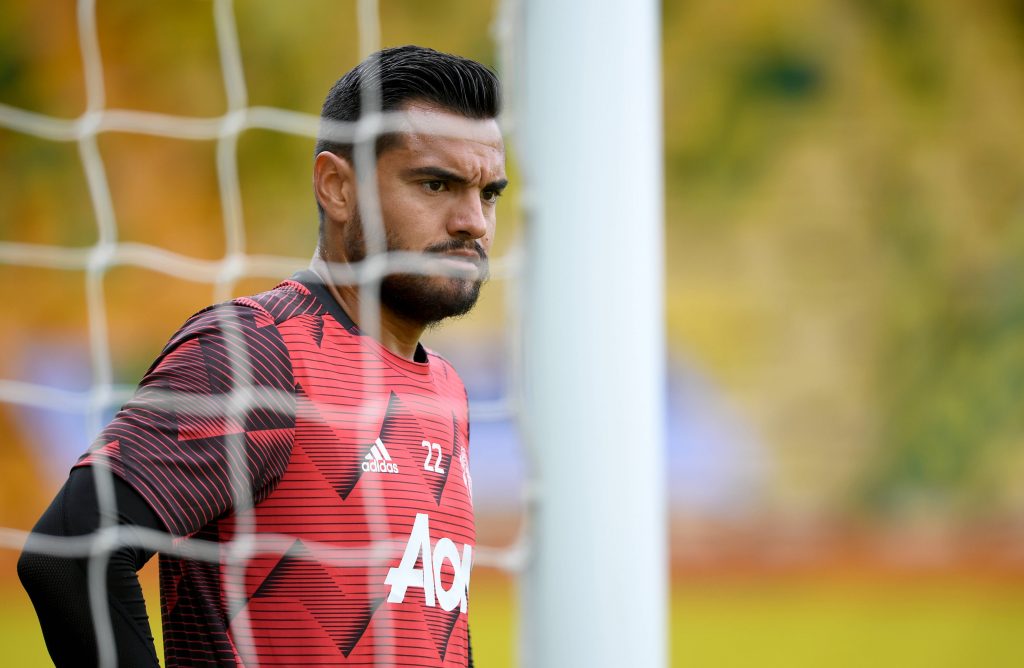 The Argentina international spent six seasons with the Red Devils, but he made just 61 appearances as the back-up goalkeeper for the club.

He was desperate to join Everton on loan last summer, but United blocked the move as they felt the Toffees were realistic challengers for European football.

With Dean Henderson and David de Gea preferred ahead of him, Romero spent the entirety of last season on the sidelines without an appearance.

United had the option of renewing his contract but decided against doing so. Romero is now a free agent, and it appears that he could stay in England.

The Blues are eyeing a new third-choice goalkeeper, and they have been in talks with Marcus Bettinelli, who recently left Fulham on a free transfer.

It has now emerged that they are also considering a surprise move for Romero, who won the Europa League title with the Red Devils in 2017.

Romero had the opportunity to act as the back-up to Everton’s Jordan Pickford last term with the prospect of playing in the cup competitions.

The loan proposal was blocked by the Red Devils. It reportedly led to a rift between the player and manager Ole Gunnar Solskjaer.

The 34-year-old may now want to revive his career. It appears unlikely that he will accept the proposal to be the third-choice at Stamford Bridge.

Edouard Mendy is an undisputed starter for the Blues in goal, but there has been repeated speculation over Kepa Arrizabalaga’s future at the club.

A move for Romero appears improbable unless the Blues are prepared to part ways with Arrizabalaga during the ongoing transfer window.

Arrizabalaga showed signs of improvement under Thomas Tuchel earlier this year, but he has still been the subject of criticism from some fans.

He cost the club a staggering £71.5 million from Athletic Bilbao in 2018, and they could look to cut their losses on him this summer.

Meanwhile, a move for Marcus Bettinelli also hangs in the balance with Aston Villa and Arsenal prepared to offer him the back-up role.