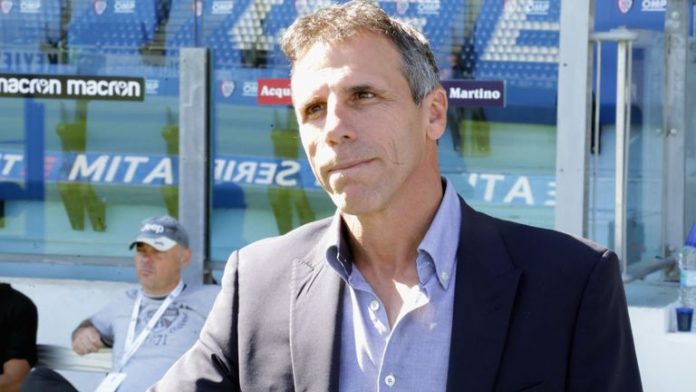 Former Chelsea forward Gianfranco Zola has hinted that he could be set to return to Stamford Bridge.

Speculation over manager Antonio Conte’s future continues to circulate, with Maurizio Sarri widely tipped to take over this summer.

According to Sky Sports, Zola would be part of Sarri’s backroom staff when he is appointed and the 52-year-old is eager to se the situation resolved as soon as possible.

“I am in a very difficult situation as I am part of the speculation,” he said.

“I really hope whatever happens, that it happens quickly.

“At the moment you need to have a clear situation as quickly as possible.

“We are talking about two coaches that I respect a lot – Antonio Conte and Maurizio Sarri.

“For me to say more on this situation is difficult.”

Zola was a hugely popular figure at Chelsea, helping the club win two FA Cups, the League Cup and the UEFA Cup Winners’ Cup during his time at Stamford Bridge.

The Italian has managed numerous clubs since he finished playing, including West Ham United, Watford and Birmingham City.

Chelsea are yet to announce the sacking to Conte due to issues surrounding his compensation package, but that should be resolved over the next few days.