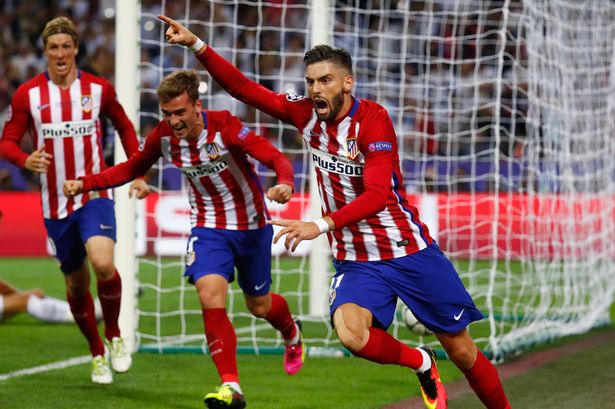 Chelsea are looking to strengthen their attack at the end of this season and have already identified potential targets.

Daily Mirror have confirmed that Antonio Conte is looking to sign the Belgian forward Yannick Ferreira Carrasco. The Atlético Madrid star has been a revelation since leaving Monaco for the La Liga side. The 23-year-old is rated as one of the best attacking talents in Europe right now and Chelsea are keen on signing him.

Carrasco joined the La Liga club in 2015 and signed a five-year contract with a £35 million buy-out clause. Mirror are reporting that Atlético Madrid want to increase the player’s release clause by offering him a new and improved contract this season. They claim that Atlético Madrid are aware of Chelsea’s interest and will begin talks with the player’s representatives soon.

Carrasco is a regular in the Belgium national squad and the likes of Courtois and Hazard could have a huge role to play in any potential transfer. The report also adds that Antonio Conte sees Carrasco as an ideal option to support Costa and Hazard. The Italian wants to improve his attack as well as his defence in the summer.

Although Carrasco is happy in Spain, Chelsea believe that they can lure him to the Premier League.

However, it will be interesting to see how the player responds to Chelsea’s interest. The Blues are in a rebuilding phase, whereas Atlético have firmly established themselves as a European force right now.

The only logical reason why Carrasco might consider leaving Atlético Madrid is the lack of game time. The Belgian is still not a regular starter for the Spanish giants, and Conte might be able to offer him that assurance at Chelsea.

Furthermore, if Atlético Madrid fail to convince him to sign a new deal, Chelsea could have their man for a very reasonable price of £35 million.