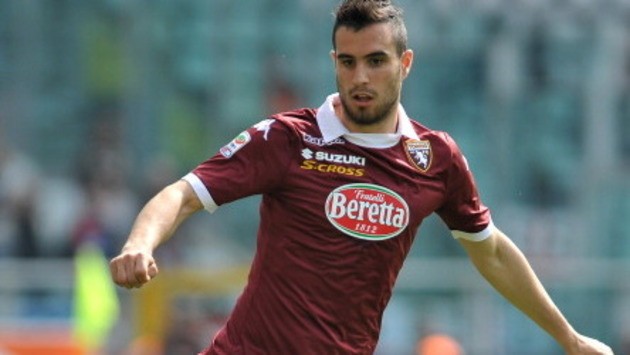 According to Italy’s famous pink newspaper, Gazzetta dello Sport, the Blues are in “pole position” to sign the Serbian defender.

The player has gone AWOL from training and has made his intentions clear that he doesn’t want to continue at the club.

He is currently in Serbia and has not returned to training for pre-season.

Chelsea are looking to exploit the player’s current situation and could make a move for him in the next few days.

Chelsea manager Antonio Conte is looking to add defensive reinforcements to his squad, and he seems more interested in signing players from Serie A, a division he knows well.

Torino boss Sinisa Mihajlovic has expressed his frustration with the player’s decision to not join the training session with the rest of the squad. He said that the player will “have to pay consequence” for his behaviour.

“I don’t know whether Maksimovic is making a mistake of his accord or whether he’s being ill-advised, and frankly I don’t give a damn,” Mihajlovic told La Gazzetta dello Sport. “He’ll pay the consequences of this behaviour. We suffered damages that will be evaluated by the club.

“His memory has some problems. I’m the one who gave him his debut with the national team, and only a few weeks ago I’d spoken clearly to him, from one Serbian to another.

“It was thanks to my intercession that the club guaranteed a raise in his salary, and a favourable situation in case of a future sale. I told him that if he followed me, then next year he’d be pursued by Europe’s top clubs.

“He assured me he was happy to stay. I based my word on that, and he vanishes like this and then expects to be sold?

“I’ve been betrayed as a man, not as a Coach. For me, the man comes before the player. But he betrayed everyone: the club, the team, the fans and the Coach.

“Now it’s the club’s move, because Maksimovic has a contract and he can’t decide his destiny all by himself. If he chooses to stay, then he’ll have to regain my faith twice: as a man, and then as a footballer.”

While Maksimovic may not represent the similar type of profile to Koulibaly, but he is a very reliable defender and has a good passing ability like Leonardo Bonucci.

Koulibaly, arguably the best defender of Serie A last season, is Chelsea’s first choice, but the Blues should consider making a move for the Torino player if he becomes available.

Napoli is under no pressure at the moment to sell Koulibaly. Having already lost Gonzalo Higuain this summer, the Partenopei probably won’t part ways with yet another key player.

Maksimovic, on the other hand, not only will represent a cheaper acquisition, but his attributes are there for Conte to work with. There could be a question mark over his attitude, following his latest unprofessional behaviour, while doubts remain whether he would be an upgrade at the back for Chelsea.