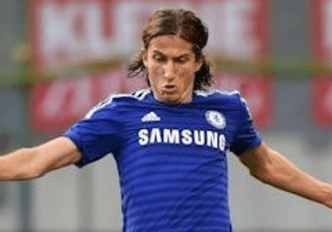 Filipe Luis has endured a misadventure in England ever since his move to Chelsea from Atletico Madrid in the summer. The Brazilian who was signed for £16m has hardly made an impact for the Stamford Bridge side. The 29 year old has played second fiddle to Cesar Azpilicueta for the left back slot and has featured in just 15 Premier League appearances, out of which only six times has been a starting eleven berth.

We reported last week that Luis has been reassured that he would be welcomed back by former team-mate Tiago. The Atletico Madrid midfielder said: “We all know Felipe. I love him. If he is not happy then he knows the doors are open here. Here we always want players who have served the club and I have no doubt that he’d be well received.”

Reports from Madrid based media outlet Marca have claimed yesterday night that Luis will love to return to his former club and has asked the hierarchy at Chelsea to make contacts with Atletico for a possible summer transfer.

Chelsea have already been linked with Antoine Griezmann and manager Jose Mourinho could use Luis as bait to entice the Vicente Calderon side to sell their French midfielder in a player plus cash deal.