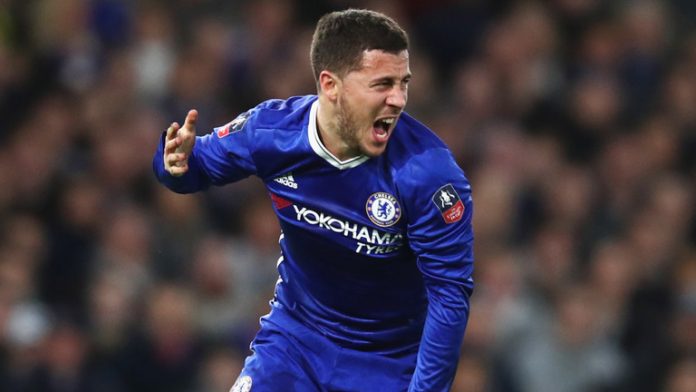 Chelsea are bracing themselves for a major struggle to hang on to Eden Hazard and Thibaut Courtois.

The Blues’ Champions League defeat by Barcelona on Tuesday has increased fears around the club that the star duo will leave Stamford Bridge this summer.

Chelsea are currently fifth in the Premier League and the Mirror has claimed that the two Belgians will head for the exit if the club fails to finish in the top four.

Hazard and Courtois have both been linked with a move to Real Madrid, while Paris Saint-Germain are also known to be interested.

Chelsea are believed to have offered Hazard £300,000 per week to stay, but the 27-year-old is yet to commit his future to the club.

Courtois is understood to want a move to Spain to be closer to his children and with his contract set to expire next year Chelsea may have no other option than to sell him.

Uncertainty over Conte’s position is unlikely to be helping either situation and the pair’s future could well hinge on who replaces the Italian if he leaves the club as expected this summer.

Former Barcelona boss Luis Enrique has been strongly tipped to take over from Conte and one of his first jobs could be to try and persuade Hazard and Courtois to stay at Chelsea.