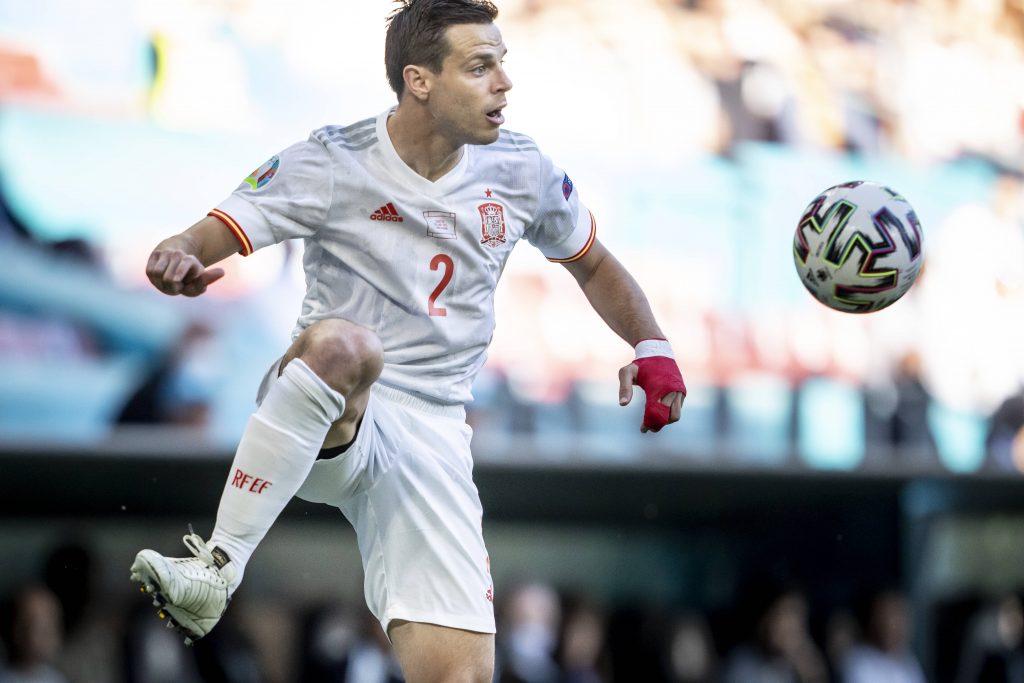 A selection of Chelsea fans on Twitter heaped praise on Cesar Azpilicueta following his sublime performance during Spain’s 5-3 win over Croatia at Euro 2020.

The Blues captain started the second game running for La Roja. He produced a solid all-round play capped with a brilliant headed goal.

Azpilicueta gave La Roja the lead (2-1) in the 57th minute of the round of 16 clash. It was his first-ever goal for the national team in what was his 27th cap.

The experienced right-back also made a terrific goal-line clearance when Spain were leading 3-1, but Croatia quickly scored off the rebound.

Croatia made a stunning comeback from two goals down to make it 3-3, but they were eventually beaten 5-3 after the game went to extra-time.

Azpilicueta had an impressive performance as he won six of his 10 duels contested. His headed goal was also crucial for La Roja in normal time.

Some of the Blues’ faithful were delighted for the 31-year-old, who has finally got the chance to impress for Spain at a major tournament.

The difference? Azpilicueta became a starter for the last 2.

Azpilicueta truly deserves to be in the Quarters! Completely underrated player! Can play both RB LB efficiently!

Called it. Azpilicueta was phenomenal today for Spain. A solid defender, leader and an aerial threat.#CFC #CROESP #EURO2020 https://t.co/5R2vrfVkt2

Azpilicueta has been one of the Blues’ most consistent performers since he arrived from Marseille nearly a decade ago.

He had a top campaign for the club last term as he led them to the second Champions League title in their history.

His £145,000-a-week deal with the Blues expires in June next year, but the hierarchy will likely reward him with an extension.

Spain take on Switzerland in the quarter-finals, and Azpilicueta will be aiming to put up another impressive display.

Read: Why Andre Silva would be a perfect upgrade on Alexandre Lacazette at Arsenal.