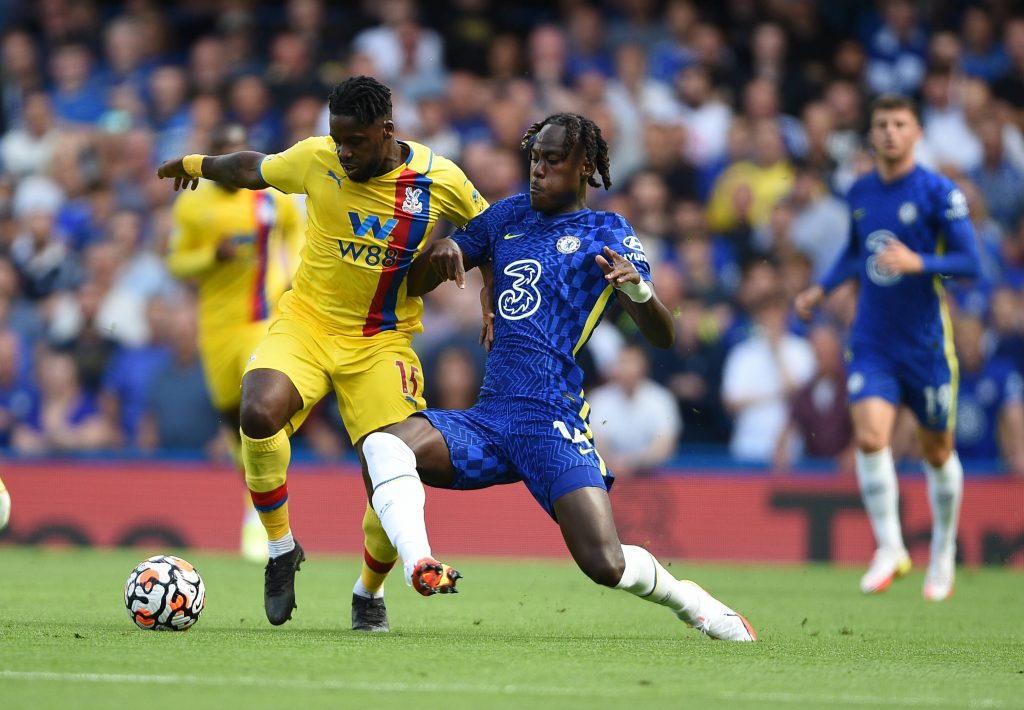 A section of Chelsea fans on Twitter were delighted for Trevoh Chalobah after he made a sensational Premier League debut against Crystal Palace on Saturday.

The 22-year-old was out on loan for the past three years, but he has now established himself under Thomas Tuchel after making a big impression in pre-season.

He was handed his debut against Villarreal in the UEFA Super Cup on Wednesday, and he was the stand-out performer with a defensive masterclass in Belfast.

There were no surprises when he made his Premier League bow for the Blues yesterday, and it was another resounding display from the club’s graduate.

Chalobah has impressed with his ability to link up with his teammates higher up the field, given he can also play in the defensive midfield position.

He capped yesterday’s performance with the final goal in the 3-0 rout. Chalobah made another run into the opposition half before unleashing a long-range shot.

The fans were clearly delighted for him, and here are some reactions on Twitter.

Trevoh Chalobah made his U18s debut at 14

He's had to wait longer than others and been on loan to work on his craft but the promise in him has always been there #CFC https://t.co/gjFn2mm7xI

Chalobah was fantastic today but something tells me we are still gonna loan him out after he signs a new deal & sign Kounde 😴. Still baffled why we sold Tomori, makes you wonder what happened behind the scenes with Frank before the initial loan 🤔. #CFC

Chalobah has looked like he’s been playing with us and under Tuchel for years, he’s so composed man, he’s aggressive too and that goal was sensational, as I’ve said, I love Kounde but if we are to buy him, Chalobah also has to stay, our academy is top, unlimited gems at Cobham. pic.twitter.com/ojpIQy468H

OH MY GOD. What a moment for Trevoh Chalobah. Incredible. #CFC

There were recently suggestions that Chalobah could be loaned out with the club’s ongoing pursuit of Sevilla defender Jules Kounde.

However, after recent displays, it appears unlikely that Tuchel will sanction the deal, and it could be someone else heading for the exit door.

Kurt Zouma was on the bench despite starting recent games. He appears the most likely to leave if the Blues land Kounde in the coming weeks.

Chalobah could also be an option for Tuchel in the defensive midfield role. He appears to be reaping the rewards after his loan stint at Lorient last term.