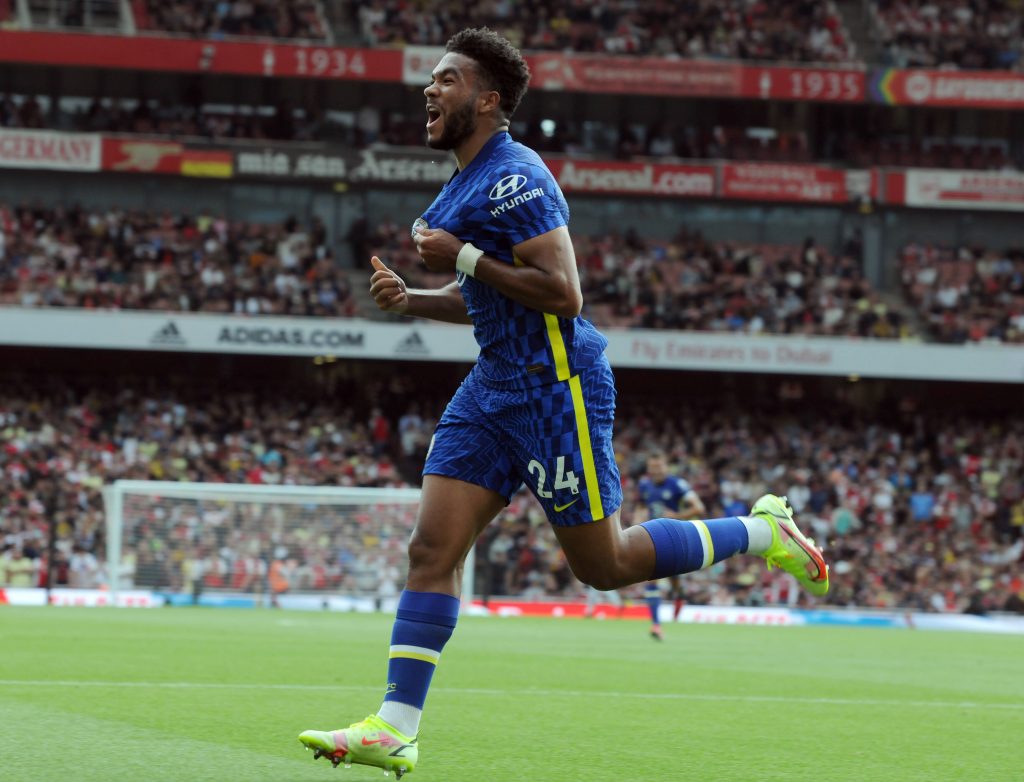 Some Chelsea fans heaped praise on Reece James after his sublime showing against Arsenal in the Premier League on Sunday.

The England international started in the right wing-back position against the Gunners and constantly threatened with regular runs behind Kieran Tierney.

With the limited support from Bukayo Saka, Tierney was outnumbered by Mason Mount and James, and the latter made the most of the space afforded to him.

He sent the cross for Romelu Lukaku’s goal on his second debut in the 15th minute. In the 35th minute, he bagged a goal of his own with a strong finish.

Lukaku was adjudged the man of the match on his Blues return, but James had an equally impressive outing at the Emirates Stadium on Sunday.

He attempted four shots, four long balls and nine crosses. He also delivered four key passes while being solid at the back with three tackles.

Some Chelsea fans were delighted with his efforts. Here are a few reactions on Twitter.

@ChelseaFC Reece James was the man of the match for me tho, he was excellent all through

Reece James’ finish for our 2nd Goal was top class, composed and a great finish!

James created several chances for his teammates last season, but he was often left disappointed with the lack of finishing in the box.

The £58,000-per-week star is likely to benefit from Lukaku’s arrival. The Belgian was a menace to the Gunners backline and was unlucky to score just once.

Lukaku linked up splendidly with James and Mount. The former benefited from the double up on Tierney. He was afforded plenty of space to deliver crosses.

The Blues are currently second in the league standings, just goal difference behind Jurgen Klopp’s Liverpool, who they face on the road this weekend.