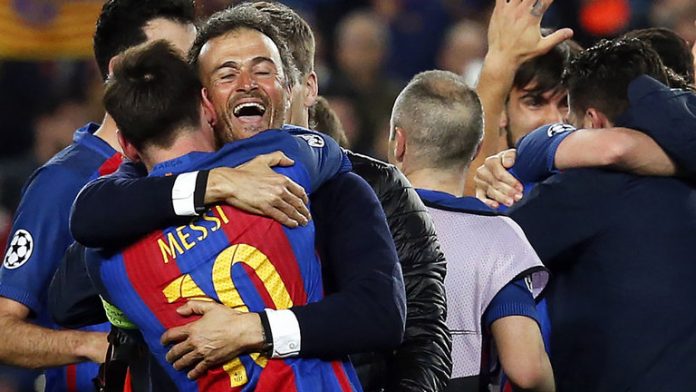 Spanish football expert Guillem Balague has claimed the 47-year-old has been approached by intermediaries acting on behalf of both clubs with a view to appointing him this summer.

Current Chelsea boss Antonio Conte signed a new two-year contract at Stamford Bridge in July 2017, but he has been widely tipped to leave the club at the end of the season.

“It will be an interesting dilemma for him, because he of course will want to go to a team who can challenge for absolutely everything,” Balague told Sky Sports.

“It’s quite clear that the PSG option provides him with the opportunity to win titles, but in the case of Chelsea, he has been preparing for the possibility of going to the Premier League for a long time.

“He has been learning English for a while, and he has told me in the past that he has a fascination with the Premier League, but his future is not determined yet.”

Enrique left Barcelona at the end of last season after winning nine major trophies during his time in charge at the Nou Camp.

He decided to take a year out of the game, but he is eager to step back into management this summer and Balague says Enrique could also have offers from elsewhere.

“I haven’t heard of an offer from Arsenal – of course he would be a candidate if they got rid of Arsene Wenger, but I don’t think they have reached that stage yet,” he added.

“It’s an interesting situation for Luis Enrique in terms of who will go with him, but he is determined to work again next season if the conditions are right.

“Most of his favoured backroom staff are either at Barcelona or Celta. Juan Carlos Unzue is his usual No 2, and he’s Celta manager at the moment, and I’ve got the impression he wants to continue being a No 1.

“What Luis Enrique wants to do is coach at the highest level, and he has the opportunity to do so either at PSG or Chelsea.

“But there is no point in making a decision now, because there will be more clubs interested in him later in the season.”