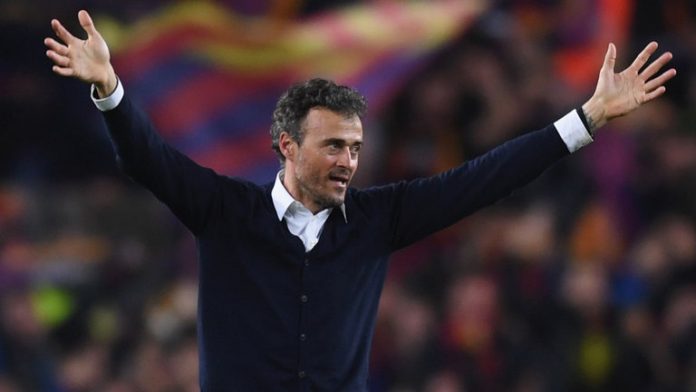 Former Barcelona boss Luis Enrique is in line to become the next manager of Chelsea.

Spanish media outlet TODOmercadoWEB says Enrique could be set to replace Antonio Conte who is wanted by Paris Saint-Germain.

Conte has been unhappy with the club’s transfer dealings since winning the Premier League title last season and his frustration came to the fore once again following Wednesday’s 2-2 draw at Arsenal.

He has taken some time away from the game, but is believed to be eyeing a return next summer.

Having already managed one of Spain’s biggest clubs, a move to England would be the next logical step in Enrique’s career.

The 47-year-old has previous admitted he would like to manage in the Premier League and Chelsea would certainly be an interesting project to take on.

The prospect of pitting his wits against ex-Barca boss Pep Guardiola and trying to beat Manchester City to silverware will hold plenty of appeal for Enrique, and he appears an ideal replacement for Conte if the Italian ends up leaving Stamford Bridge.