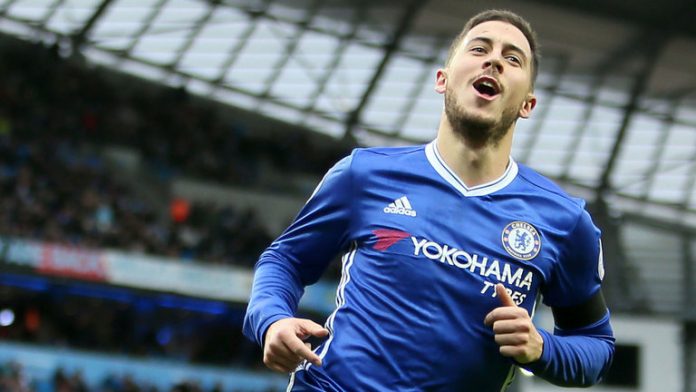 Real Madrid will prioritise the signings of Chelsea’s Eden Hazard and Thibaut Courtois during the summer transfer window.

Spanish football expert Guillem Balague told Sky Sports that Madrid will significantly strengthen their squad at the end of the season, and he believes a top striker will also be on the club’s wishlist.

Tottenham’s Harry Kane has repeatedly been linked with Madrid, with the London club reportedly setting a £300 million asking price for their star striker.

“Real Madrid need big names and they have lined up Courtois, they want Hazard,” he said. “Those are the kind of names they want for next season.

“Doesn’t mean they will get them, but that’s the shopping list they have.

“It’s becoming clearer in the minds of the directors of Real Madrid they need another striker, that (Karim) Benzema has to be sold. He doesn’t even have the backing of the fans.

“Real Madrid will always do their plan of getting a Galactico every year or couple of years and they realise their front men are getting older, it’s more difficult for them to score.

“There will be players coming in. Not so much reacting to Barcelona, just keeping up with everybody else.”

Madrid currently trail Barcelona by 15 points in La Liga, and Philippe Coutino’s arrival at the Nou Camp has further highlighted the need for manager Zinedine Zidane to improve his squad.

Los Blancos have made a £70 million profit on their transfer dealings this season and it seems certain that they will splash the cash in a big way this summer.