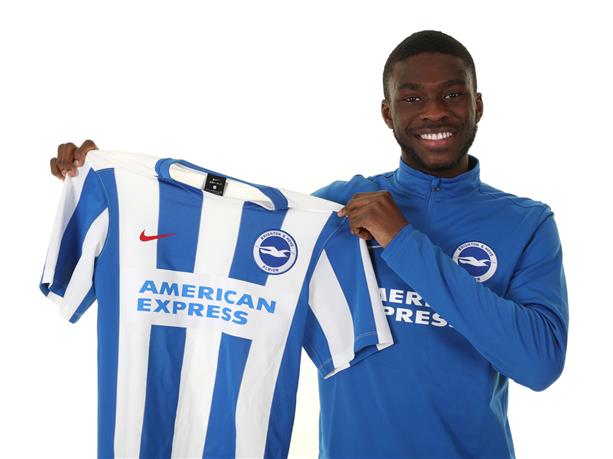 Chelsea defender, Fikayo Tomori, has joined Championship club, Brighton & Hove Albion, on loan for the rest of the season. Both Chelsea and Brighton have confirmed the move on the clubs’ respective official websites.

Fikayo Tomori has tonight joined Brighton on loan until the end of the season…https://t.co/M4bZtkc8EM

Happy to have joined @OfficialBHAFC on loan for the rest of the season??.

The 19-year-old defender is one of the most promising young defenders in the Chelsea academy system. The Blues have bright hopes on him, as he made his first-team debut at 18 in the final game of last season. He played the final 30 minutes in the 1-1 draw against Leicester City, and although the result was insignificant what really mattered was the faith shown by the club management in him.

It was the best possible way the youngster could finish the season, as it saw him named the club’s Academy Player of the Year.

Brighton are currently second in the Championship by one point with a game-in-hand over Newcastle, and they are on course to achieve promotion to the Premier League next season. Tomori is a highly-rated young full-back who can play in any position across the back four, but Brighton are planning to use him as a right-back.

We have brought in Fikayo on loan from Chelsea to provide us with some additional cover in the full-back positions, and we are delighted to welcome him to the club.

“He is a highly-rated young full-back, by both Chelsea and England; he is predominantly a right-back, but he can play in any position across the back four, and will give us good defensive cover for the first-team for the second half of the season.

The arrival of Tomori will allow Brighton to send young defender, Rob Hunt, out on loan to gain valuable playing experience. The Canadian born England U-20 international has taken the next step in his development, and should he get enough minutes under his belt, it will do a world of good for him.