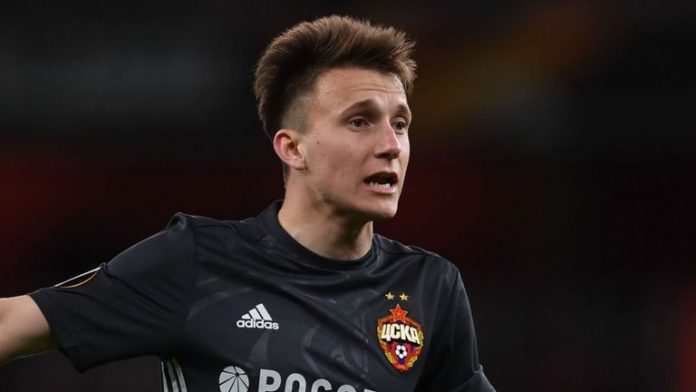 The 22-year-old has been linked to Barcelona, Juventus and Arsenal over the past few weeks, but Mundo Deportivo has claimed that the Blues are in pole position to secure his services.

Chelsea owner Roman Abramovich is said to have “become infatuated with the Russian international” and is using his friendship with CSKA president Yevgeny Giner to seal a deal for the playmaker.

A fee of £20 million has been agreed between the two clubs and personal terms are unlikely to be an issue.

Golovin has spent his entire senior career with CSKA, scoring 13 goals in 113 appearances for the club in all competitions.

He made his debut for the Russia national team in a friendly against Belarus in June 2015, coming on as a substitute and scoring the second goal in a 4–2 victory.

Golovin is currently with the Russian squad at the World Cup and he played a starring role in the opening game of this summer’s tournament, scoring one goal and creating two more as the hosts routed Saudi Arabia 5-0.