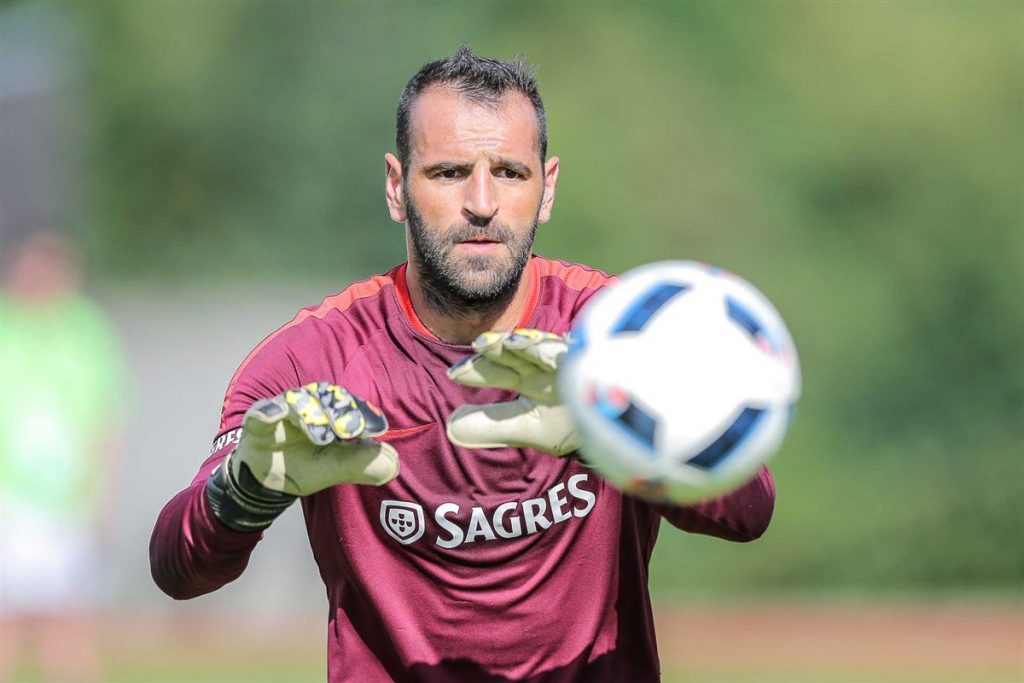 Dinamo Zagreb goalkeeper Eduardo could be on his way to Chelsea if reports from the Portuguese press are to be believed.

According to reports from O Jogo, Chelsea have submitted a bid for the Zagreb keeper who seemed to be heading to Sporting this summer.

Although there is no mention of the bid being accepted by Zagreb, O Jogo claim that the player should complete a transfer to London soon.

Apparently, Chelsea have submitted a much better offer than Sporting for the player.

Eduardo is expected to be a back up for Thibaut Courtois next season. The Belgian keeper was injured for a few weeks last season and the Blues struggled to replace him properly. The likes of Begovic and Amelia never quite managed to impress.

It seems that Conte is keen on addressing that problem this summer and has identified the Portuguese international as an ideal second choice keeper.

Another Portuguese newspaper Diario Noticias has also confirmed Chelsea’s offer for the player and are claiming that the player can sign for Chelsea.

It seems that Sporting had an agreement for the player, but the move will not happen because they failed to convince the Zagreb president.