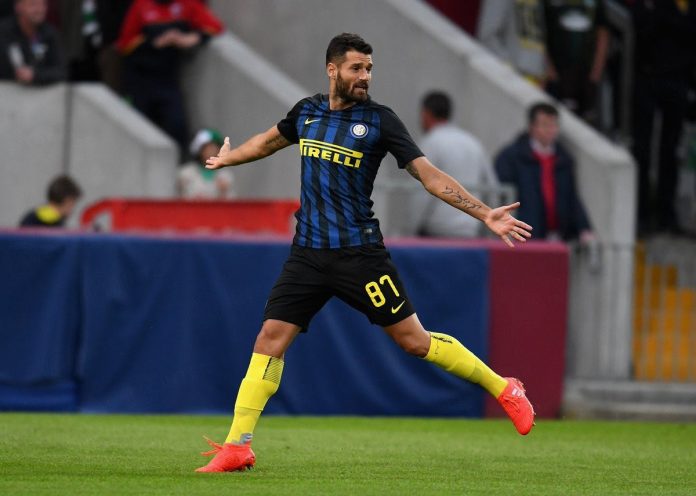 Chelsea are poised to step up their pursuit of Inter Milan forward Antonio Candreva.

Gazzetta dello Sport says Antonio Conte’s side are keen to add the Italian international to their squad before the transfer window closes.

The 30-year-old joined Inter last August on a four-year deal from Lazio, going on to score eight goals in all competitions for the club.

Candreva has scored 54 goals in Serie A overall, having previously played for Cesena, Parma, Udinese, Juventus and Livorno.

Chelsea are also closing in on a £30 million deal for Leicester City’s Danny Drinkwater.

The midfielder has been keen to join the Premier League champions, but the Foxes have been holding out for a £40m fee. However, Chelsea are confident an agreement can be reached.

Conte could also ramp up his chase of Southampton centre-back Virgil van Dijk.

Saints’ £15 million signing of defender Wesley Hoedt from Lazio may open the door for van Dijk to finally secure the move he wants, although his club remain adamant the player is not for sale.