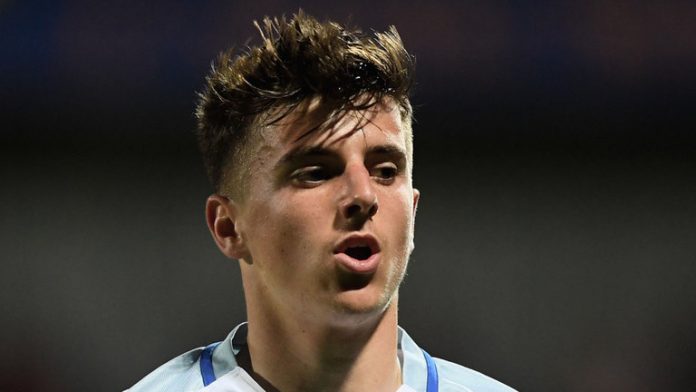 Frank Lampard knows a thing or two about playing in midfield, so when he says that Mason Mount has a big future ahead of him it’s worth paying attention.

Mount is set to make his Derby County debut in Lampard’s first game as a manager in Friday’s Championship opener at Reading.

Lampard has reveleaed that the youngster, who is on a season-long loan at Pride Park, is on the radar of Gareth Southgate for a call-up to the England squad.

“I’m aware that England are aware of him and this is a fantastic opportunity for him to show the world, and England, what he can do,” he said.

“I speak to Steve Holland (Southgate’s No 2) and I know he’s on the radar. We are always crying out in England for talented midfielders that can link play, are intelligent and score goals.

“This is a great platform for him to play – at this club he’s going to get the pressure of 30,000 people at home games and travelling round in a difficult Championship, so that’s great grounding and work for him.

“I think Mason can have a big future. What he can bring us is good quality and energy – we’ve seen it from the moment he walked through the door.”

Mount enjoyed a successful loan speall with Dutch side Vitesse Arnhem last season, but his move to Derby to work under Lampard looks an inspired decision all round.

The 19-year-old will get valuable game time in a tough league, while Chelsea can sit back and relax as one of their finest-ever midfield players mentors him for the next nine months.

The move is perfect for Lampard and Derby too. They get a quality player who has the potential to be a real star in the Championship and could help them achieve their goal of promotion.

Celtic booked their place in the third qualifying round of the Champions League after completing a 3-1 aggregate victory over Rosenborg on Wednesday.

This fella was unimpressed.

Woeful performance against a poor side, Chris. There would have little complaints had Rosenberg won 2-0.

Rosenberg won every 50/50 & bullied Celtic all over the park.

Not one decent move constructed by Celtic in the match – very pessimistic for the Athens tie. https://t.co/ieMrUxS2m9

Straight to the point.

Assuming they get through.

So there’s another match to go after this one ??

“Viva Forever” by the Spice Girls was number one in the charts on this day 20 years ago. Thankfully there were also some decent bands knocking about in 1998 too.

Burnley manager Sean Dyche has called on the club to spend in the transfer market just to “keep up” with other Premier League sides.

The Clarets haven’t signed anyone this summer, their goalkeepers are injured and they’ll probably have the added distraction of Europa League group games to contend with this seaason.

4/1 to be relegated? Tempting.