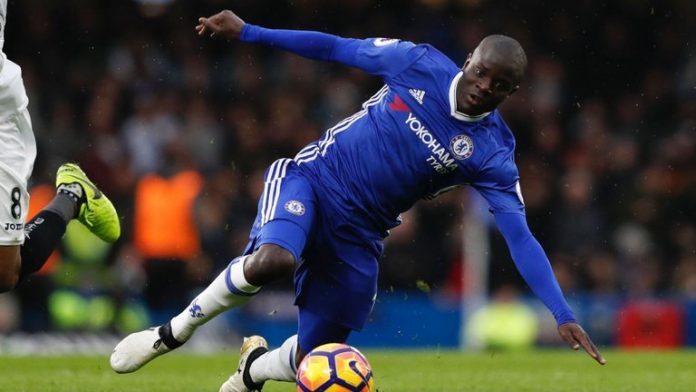 Barcelona want to sign Chelsea midfielder N’Golo Kante in a deal which could see Andre Gomes heading for Stamford Bridge.

According to Sky Sports Italy, the La Liga champions have proposed a cash-plus-player deal to Chelsea’s board and are awaiting a response.

He went on to win the title again with Chelsea in Antonio Conte’s first season in charge before winning the FA Cup last term.

He is currently with the French national team in Russia, preparing to play against Croatia in the World Cup final on Sunday.

It is expected that Portuguese midfielder Gomes will be allowed to leave the Nou Camp, with Barca valuing him at around £17.5m.

The 24-year-old failed to make Portugal’s World Cup squad and is not part of Barca’s squad heading to the United States for pre-season.

Incoming boss Maurizio Sarri is unlikely to want Kante leave the club, particularly with the midfielder proving his quality at the World Cup.