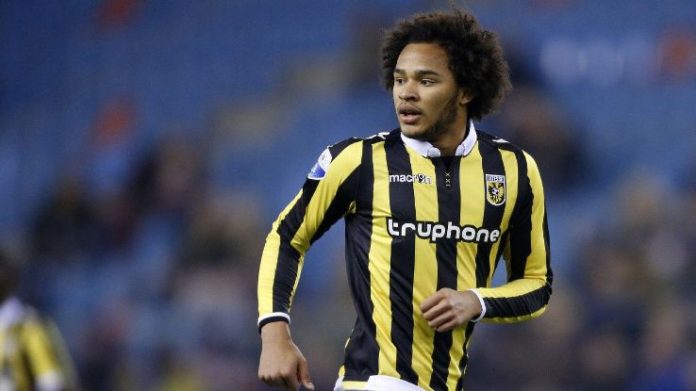 Chelsea have confirmed that the club has agreed to a deal with Rotherham for the loan transfer of Izzy Brown.

The highly talented U19s attacker has been a key part of Chelsea’s youth squad and helped his side to UEFA Youth League glory last year.

Brown is Chelsea’s U19s captain and has won the FA Youth Cup with the Blues as well. The young attacker was handed his Chelsea first team debut by Jose Mourinho towards the end of 2015 against West Brom. Brown became the second youngest player to appear in the Premier League after his debut at the age of 16.

The Chelsea attacker is a valuable member of the England Under-19 side as well and has won the European Championship with his country at the Under-17 level before. Brown was loaned out last season as well and he managed to impress with the Dutch side Vitesse Arnhem.

The versatile attacker will now continue his development with regular first-team football in the Championship, under the guidance of Alan Stubbs.

Stubbs said: “We’re delighted we’ve been allowed to take one of Chelsea’s rising talents. He’s a really attacking player who brings pace and power, which is something I’ve wanted to add to the forward area.”

“He’s the type of player who gets fans out of their seats. He’s very exciting.”

“Chelsea see him as someone who can potentially play in their first team in the future. This is one of a few that we tried to get across the line. We missed out on one or two others. This is one of the exciting ones I was hoping would happen.”