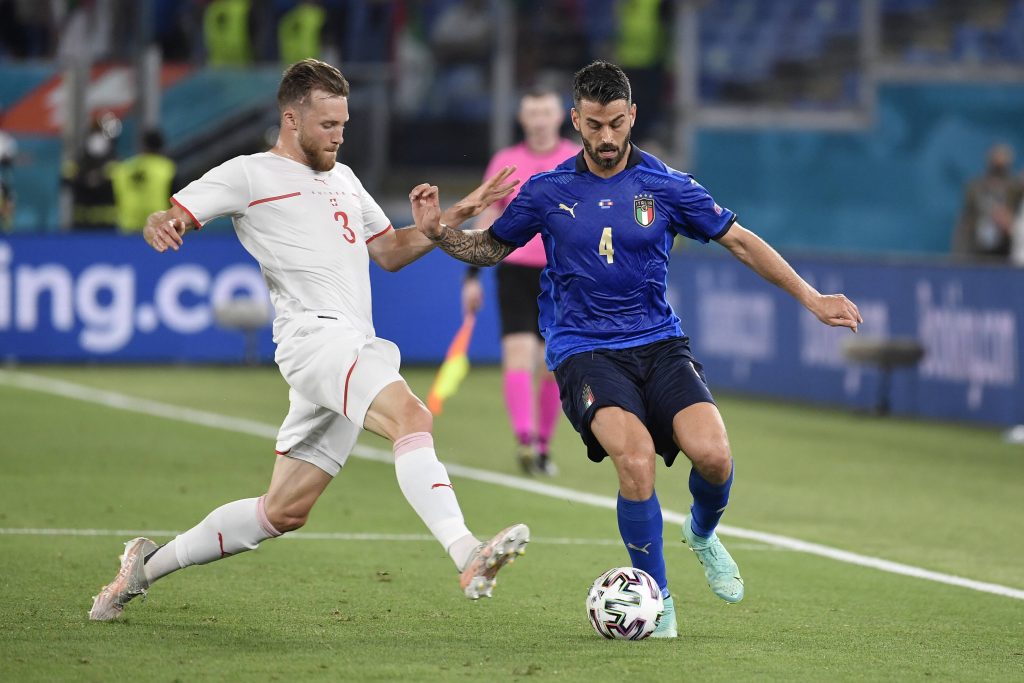 Chelsea and Tottenham Hotspur are keeping tabs on Roma defender Leonardo Spinazzola ahead of a possible move for his services, The Star reports.

Spinazzola is currently part of the Italian national side at the European Championships, and he was the man of the match in the 3-0 triumph over Turkey.

He produced another solid outing against Switzerland last night, and it is now reported that both Chelsea and Spurs are monitoring his performances.

The Blues could part ways with Marcos Alonso and Emerson, and it is claimed that Spinazzola could compete with Ben Chilwell for the left wing-back role.

Meanwhile, Spurs have also been linked following the appointment of Paulo Fonseca, who managed Spinazzola at Roma in the past two seasons.

The 28-year-old struggled with multiple niggles last term but still registered two goals and eight assists in 39 appearances for the Giallorossi.

At the Euros, Spinazzola has impressed with his link-up play alongside Lorenzo Insigne, managing an average of two take-ons per game.

He may be eyeing a bigger challenge at the current phase of his career, and a move to the Premier League could be a tempting prospect for him.

However, he may not be assured a starting spot with either the Blues or Spurs. The latter have Sergio Reguilon and Ben Davies as their regular left-backs.

A reunion with Fonseca appears a realistic prospect, but the Italian would want the assurance of regular first-team football to join Spurs.

Spinazzola is currently valued at £23.4 million by Transfermarkt. He has represented the national team on 16 occasions since his debut in 2014.