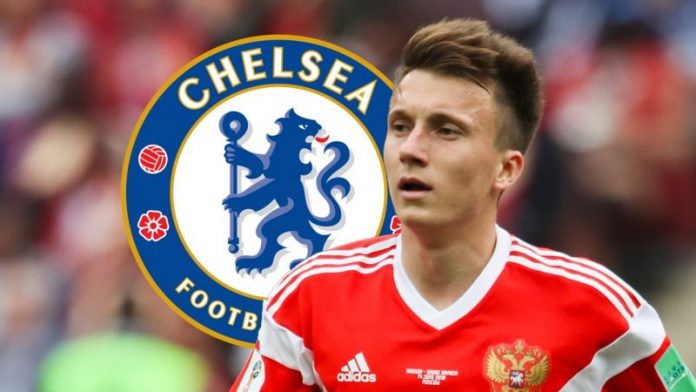 Chelsea have agreed to a deal to sign the Russian international Aleksandr Golovin this summer.

According to Italian Journalist Matteo Pedrosi, the two clubs have agreed on the terms of the transfer and the player has rejected an offer from Monaco.

Juventus were linked with the midfielder as well but there hasn’t been any concrete offer from the Italian champions.

Golovin will be Chelsea’s second summer signing after Jorginho. The Blues signed the Italian earlier this month along with Maurizio Sarri.

It seems that Sarri is keen on strengthening Chelsea’s midfield. It will be interesting to see what happens to the likes of Loftus-Cheek and Drinkwater now.

Both are squad players at Stamford Bridge and the arrival of Jorginho and Golovin will push them further down the pecking order.

The Russian midfielder had an impressive World Cup with his country and he should prove to be a quality addition to Chelsea’s midfield. Golovin will add more sharpness to Chelsea’s attack and some much-needed energy in midfield. The 22-year-old contributed to 3 goals (1 goal, 2 assists) in 4 games during the World Cup. He was exceptional against Spain and Saudi Arabia.

Chelsea will be looking to challenge for the title next season and signings like these will certainly improve their chances.