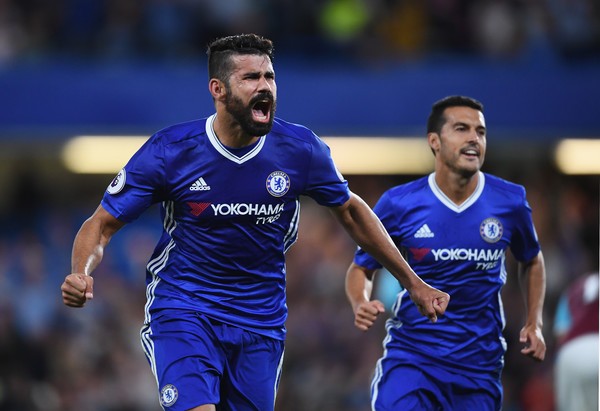 Chelsea’s season got off to a dramatic start under new manager Antonio Conte, after a last-gasp winner from Diego Costa gave them all three points in a 2-1 victory against West Ham United. After a goalless opening half, the Blues took the lead almost immediately after the restart through an Eden Hazard penalty. The visitors equalised with ____ minutes to go, when James Collins thundered an a volley from the penalty spot and looked to have rescued a point. But it was Costa who had the final say in the 89th minute, when he fired in a low shot into the bottom corner past Adrian to give Chelsea the perfect start to the 2016/17 campaign.

Nemanja Matic and N’Golo Kante both played, leaving just one place left in the centre of midfield. Conte could have gone with either Oscar or Cesc Fabregas, and he chose the former. People have since read too much into the issue, linking Fabregas with a move to Spain over a potential fall-out with the new manager. But it could just be that the Spaniard is not back to full fitness, and with Oscar playing the majority of the pre-season games, the decision wasn’t all that of a surprise. It remains to be seen who get more game time in the coming matches.

The home side got off the blocks really quickly, and some of the interplay and movement was exquisite. The rigorous pre-season training sessions which were well-documented throughout the summer was in full view, as Eden Hazard, Willian, Oscar and Diego Costa constructed some lovely moves. Adam Bate of Sky Sports dedicated a full article to this topic yesterday.

After failing to pay dividends in the first half, the pressure finally yielded a result in the opening seconds of the second, when Cesar Azpilicueta was felled in the box and Chelsea were awarded a spot kick. Hazard’s penalty was confident and resounding, very reflective of the game his side had had so far.

Slavan Bilic’s side had offered close to nothing, and with 25 minutes left to go, the Croatian threw on his best player from last season, Dimitri Payet. The Frenchman had been rested after his travails at the recent European Championships, and his introduction changed the mood slightly. After missing the mark with three free-kicks from promising areas, a corner in the 78th minute caused havoc in the Chelsea penalty area. After having an appeal turned out for a penalty with their initial effort, the Hammers drew level when James Collins smashed home a volley. The Welshman is a centre-half, but you’d never have known it looking at that strike. The visitors looked on their way to the most unlikeliest of points, after a game in which they hardly produced anything in an attacking sense. 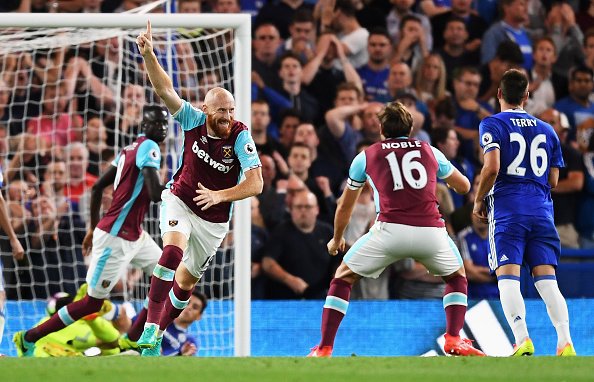 4) Was Costa lucky to stay on the pitch?

Costa always seems to be at the centre of some controversy or the other, and the striker was right in the thick of it once again. After being booked in the first half, he was extremely lucky to not be shown a second yellow following a really late tackle on West Ham goalkeeper Adrian. Costa did look like he was entitled to go for the ball, but he lunged in and caught the goalie right above his ankle. It looked nasty on the replay, but the Chelsea man’s immediate plea for innocence convinced Anthony Taylor not to reach for his back pocket. 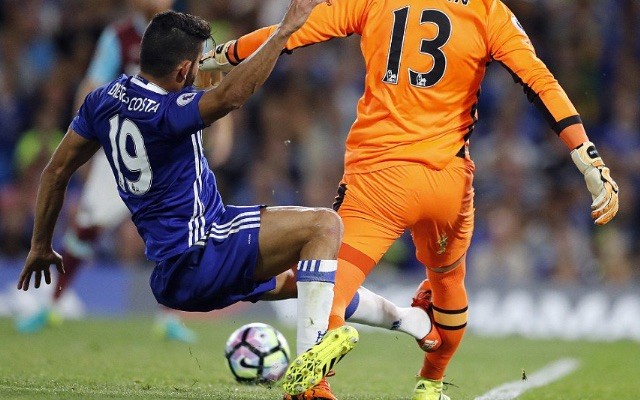 5) A formation change yields the winner for Conte

With the game looking to be headed for a draw, Conte wrung the changes and took off all three of his attacking midfielders – Hazard, Oscar and Willian. They were replaced by Victor Moses, Michy Batshuayi and Pedro respectively, as Chelsea lined up in a 4-2-4 formation, looking to take a more direct route in search of that elusive winner. That is exactly how it did arrive, as a long ball was headed down by debutant Batshuayi for Costa, who controlled, looked up and unleashed a long shot into the bottom corner past the despairing dive of Adrian. Stamford Bridge came unglued, and we were greeted with the sight of Conte running down the touchline in celebration at winning his first ever London Derby. 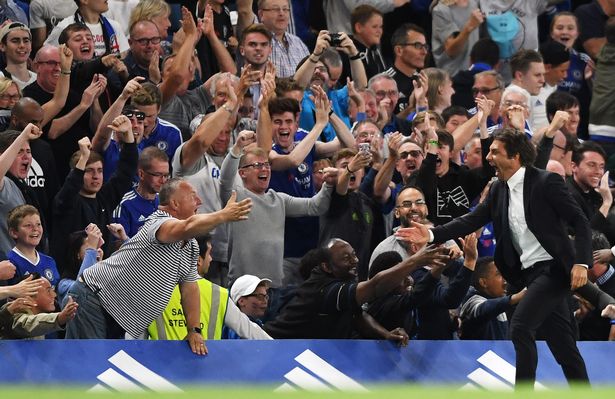 6) Kante and Matic looked good, but Chelsea need a centre back

Kante had a great game, and the Chelsea fans have taken to him rightaway. Despite being booked very early on, the Frenchman covered every blade of grass on the pitch and made a whole host of important tackles and interceptions. The supporters sensed that this is exactly what they had missed last season, and every intervention by the former Leicester man was greeted with a chorus of loud cheers.

Along with Kante, Matic did a very good job of protecting what looked like a vulnerable back 4. It is clear that the Blues do need at least one more signing at the back. Bringing in Kalidou Koulibaly will make them a very hard nut to crack, with the two enforcers in front.

7) A sickening blow, but West Ham can only get better

Despite being second best for most of the game, West Ham will be bitterly disappointed by the manner and timing of Costa’s goal. But, Bilic will know that things can only get better from here. In Chelsea, they faced a top class opposition, and without some of their important players. The likes of Sofiane Feghouli, Diafra Sakho and Payet himself will be featuring regularly from the start once they’re fit, and will make the Hammers a formidable team. With their new stadium also in place and ready to host its first Premier League game next week, West Ham have an exciting 10 months to look forward to.