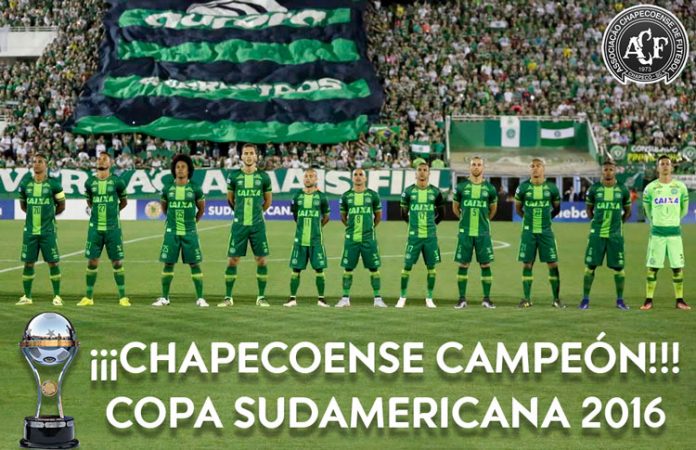 The Confederation wrote that it, “has decided to declare the Chapecoense Football Association champion of the 2016 edition of the Sudamericana, and give Atlético Nacional special recognition with the Centenary CONMEBOL Fair Play Award,” in a statement released on Monday.

Chapecoense were due to face off against Medellin’s Atlético Nacional last Wednesday in the first leg of the Copa Sudamericana final, before 71 people including 22 players, 28 companions and technical staff, 22 journalists and 9 crew members, were killed in a plane crash on the way to Colombia last Monday.

The investigation into the cause of the accident is ongoing, but video footage suggests that the plane ran out of fuel before the crash outside Medellin. Only three Chapecoense players out of six people total have survived the crash.

Teams from all over the world have paid tribute to the players over the weekend and a minute’s silence will be held before every Champions League and Europa League games this week. As South American champions, Chapecoense get a guaranteed spot in next year’s Copa Libertadores.

Leading Brazilian football clubs have pledged to loan players to Chapecoense for free and have requested the Federation to safeguard them from relegation for the next three seasons.

Brazil will play Colombia in a friendly match at the end of January.