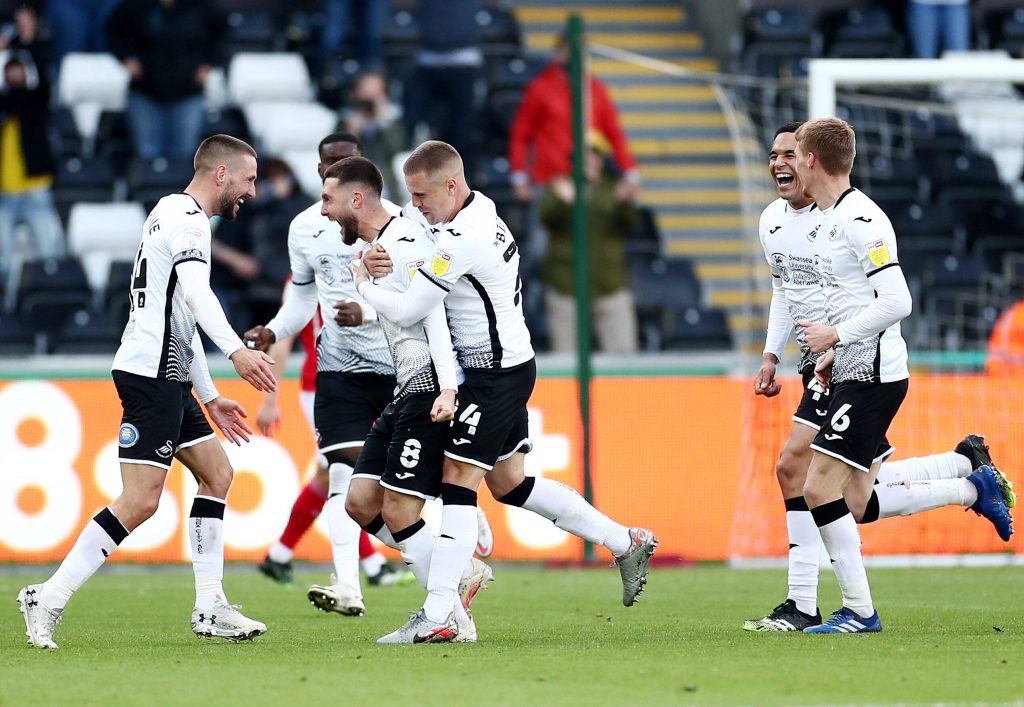 There is nothing that captures the raw emotion of football like the EFL play-offs. A full season of hard work, and it all comes down to this mini knockout tournament.

Three teams fall, knowing that all those hours on the training ground and on the pitch amounted to nothing, while one emerges victorious.

Legends are born, heroes emerge, iconic moments are formed. It’s the chance for any player to become a part of their club’s history.

The Championship play-off final is set to kick off on Saturday, with Brentford facing Swansea. Here is how both sides fared in the previous round.

Brentford finished in third place in the Championship table, so naturally they went into the play-offs as the favourites.

However, they went into the home leg trailing on aggregate, losing the home leg 1-0 thanks to Arnaut Danjuma’s goal.

And, when the Bees somehow forgot to leave a player back for a fifth-minute corner, Danjuma found himself clean through on goal and slotted home for his second of the tie. At this point, it was looking like an uphill battle for Thomas Frank’s men.

But they managed to turn things around to reach the final for the second successive season.

The ever-reliable Ivan Toney struck from the penalty spot, and former player Chris Mepham was sent off in the first half.

Vitaly Janelt hit a second, and Marcus Forss netted the winning goal with ten minutes remaining. They reach the final, looking to amend the heartbreak they suffered last season at the hands of local rivals Fulham.

The other Championship play-off tie wasn’t so exciting, with favourites Swansea progressing 2-1 on aggregate.

The first leg at Oakwell saw the Welsh side come away with the advantage thanks to Andre Ayew’s well-taken goal.

Another beauty put the Swans further ahead in the second leg, this time from Matt Grimes. Cauley Woodrow pulled one back with 20 minutes to go to ensure a nervy finish, but Swansea held out to reach the final.

They will be bidding for a return to the Premier League, having been relegated in 2018. They will have fond memories of their visits to Wembley.

Under Brendan Rodgers, they won the play-off final against Reading in 2011 thanks to a Scott Sinclair hat-trick, and they defeated Bradford City 5-0 in the League Cup final in 2013.

Remember when I said earlier that nothing captures the raw emotion of football like the EFL play-offs? Yeah, this is the sort of tie I was talking about.

An early Aaron Wildig finish made it 3-1 on aggregate, putting them well on their way to the final. James Vaughan netted for Tranmere in the second half to threaten a comeback, but they could not find an equaliser.