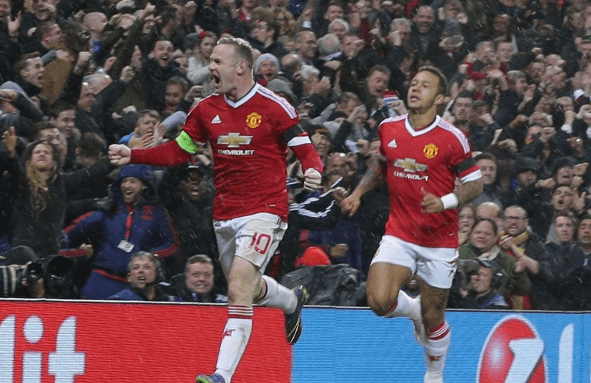 Manchester City and Real Madrid qualified for the knock-out stages of the UEFA Champions League on Tuesday.

Madrid earned a narrow 1-0 victory over PSG, while City displayed one of their best performances in the Champions League, winning 3-1 in Andalusia against Sevilla.

Elsewhere, Wayne Rooney broke his barren spell to give Manchester United a 1-0 victory over CSKA Moscow. Benfica moved to the top of Group C with a 2-1 victory over Galatasaray while La Liga club Atletico Madrid were held to a frustrating 0-0 draw by Astana.

Let us take a look at the final scores from Tuesday’s UCL Group matches:

Here are the group standings after Match Day 4:

Great players have this great ability to bounce back when odds are against them. Wayne Rooney is of no exception to this rule. The Manchester United skipper has been severely criticised by the fans and the media for his below-par-performances this season, but he finally delivered when it mattered most.

Critics pondered whether it is time for Rooney to pack his bag and join the MLS, while many questioned his role in the team and opined that Rooney’s automatic selection in the side as #9 is hampering the development of young Anthony Martial. 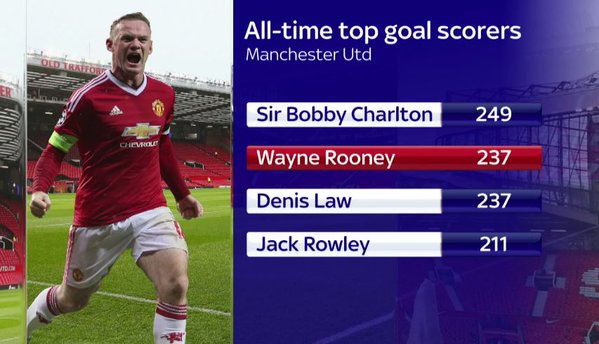 By scoring the winning goal, Rooney has levelled with Denis Law as Manchester United’s joint all-time-leading scorer, and he is closing in on Sir Bobby Charlton as well.

Furthermore, he now has 37 goals in European competitions for United, only Rudd van Nistelrooy has scored more.

Despite the result a section (majority, based on social media reactions) of United fans weren’t happy with the style of football deployed by Louis van Gaal. United legend Paul Scholes feels that LvG’s side are ‘boring’ to watch, while many believe the style of football implemented now is against the club’s tradition that have always endorsed a free flowing, eye catching and attractive brand of football.

“It’s just a sideways, possession-based, boring style of football. Does he have a problem with forward players?”, asked Paul Scholes on BT Sport.

We talk about Rooney getting all the stick, but I don’t think anybody would score goals in this team as a centre forward. I think Sergio Aguero would struggle.”

On a side note, LvG seems to have a problem remembering Chris Smalling’s name. Van Gaal called the defender “Mike Smalling” at a press conference in San Jose during United’s pre-season tour in July.

And here again, he got Smalling’s name wrong again, calling him as “Michael Smalling”

The United manager said: “David de Gea saved us and after that Michael Smalling has saved us.”

City are riding on momentum and are going through a phenomenal form at the moment – having remained unbeaten in their last eight games in all competitions, winning seven of those.

City got off to a superb start with new summer import Raheem Sterling giving them an early lead. Fernandio’s header doubled the advantage within 15 minutes before Benoit Tremoulinas pulled one back for the home side. Wilfried Bony netted a crucial goal soon after to put City into the knock out rounds of the competition.

First half substitute Nacho scored a brilliant goal from a tight angle position to help Real Madrid book a place in the last 16 of the Champions League.

PSG were the better team of the two, but the Parisiens were let down by their wayward finishing, hitting the woodwork three times last night.

With this victory, Madrid have set a benchmark in the tournament – Los Blancos have remained unbeaten in their last 19 group games in the Champions League.

Also Madrid goalkeeper Keylor Navas registered his name in the history book by becoming the first player to have not conceded a single goal in first six Champions League games.

Lichtsteiner, who returned to action after a month on the sidelines following a heart surgery, scored a wonderfully struck volley as Juve drew 1-1 against Gladbach on Tuesday.

Paul Pogba produced yet another scintillating performance and was at the heart of a superb equalising goal. Watch this goal below – such audacity, vision and execution – no wonder why Juventus are demanding over €100m for this highly talented young French midfielder.

Atletico’s recent struggle continued as they were held to a frustrating 0-0 draw in Astana. Fernando Torres missed a golden chance in the first half, as he prodded his effort wide of the post after picking up a lofted pass from Juanfran. The visitors created loads of chances, but Astana showed plenty of resolve in defence.

In other game, Benfica scored both their goals from set-pieces to earn a 2-1 victory over Turkish side Galatasaray.