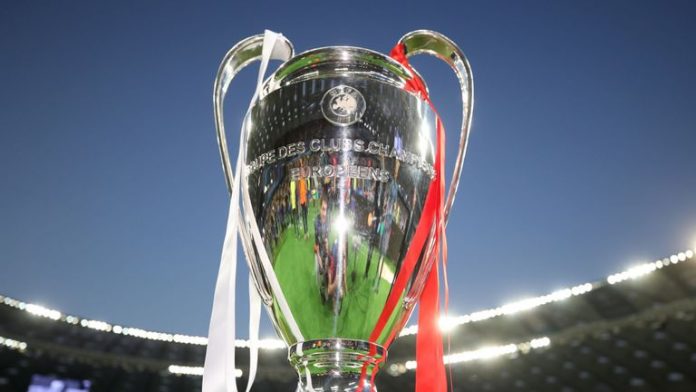 Paris Saint-Germain and Bayern Munich will go head-to-head in Lisbon on Sunday with the 2019/20 Champions League title on the line.

The Ligue 1 side progressed to the final with a 3-0 victory over RB Leipzig, while Bayern made it through after triumphing by the same scoreline against Lyon.

The latest odds for the Champions League final make Bayern (-200) favourites to lift the trophy, but they ae unlikely to find things easy against a PSG team that is full of attacking flair.

Read on as we look at the two finalists and predict who we think will go on to lift the trophy at the Estadio Sport Lisboa e Benfica.

PSG are through to their first Champions League final after cruising to a fully deserved 3-0 victory over RB Leipzig in the previous round.

The French club has a long history of underachieving in this competition, but their latest group of players appear to have a much stronger backbone.

Marquinhos, Angel Di Maria and Juan Bernat got the goals on a night where Leipzig’s caution during the early part of the game cost them dearly.

PSG have conceded just five goals on their way to the final and will fancy their chances of lifting the trophy for the first time in their history.

Bayern’s relentless form continued as they recorded a comfortable 3-0 victory over Lyon to book an 11th appearance in the final of the Champions League.

This was Bayern’s 10th straight win in the competition, equalling the record set by themselves in 2013 and Real Madrid two years later.

Serge Gnabry (2) and Robert Lewandowski got the goals against a Lyon team who finally ran out of steam after an excellent run to the semi-finals.

Bayern have now won their last 21 matches in all competitions and are worthy favourites to see off PSG’s challenge in the final.

Tuchel on the Right Track

PSG’s failure to break the glass ceiling in Europe has proved to be a source of amusement for fans of other clubs, but their current team is a different proposition under manager Thomas Tuchel.

Owners Qatar Sports Investments have pumped huge amounts of money into PSG, helping them to dominate Ligue 1 over the past few years.

However, success in Europe has repeatedly eluded them and those failures cost managers Lauren Blanc and Unai Emery their jobs.

Tuchel has moulded a team that appears to be far more resilient at the back, while their front three of Di Maria, Kylian Mbappe and Neymar is one of the best in Europe.

Bayern’s form during the early part of the season was far removed from the performances they have delivered over the past few months.

A 5-1 defeat against Eintracht Frankfurt back in November saw head coach Niko Kovac relieved of his duties just months after leading the club two trophies.

He was replaced by Hansi Flick who has sparked a staggering resurgence that has placed Bayern on the cusp of winning the treble this season.

They are only the fourth team in Champions League history to top 40 goals in a single campaign, highlighting how potent they have become under Flick.

Fearsome Front Three Prove Their Worth

Di Maria’s two assists in the victory over Lyon took his tally to nine in the competition this season, beating the number he set with Madrid during their successful 2013/14 European campaign.

The Argentinian has built up a superb understanding with Mbappe and Neymar, and they represent a huge threat to Bayern’s hopes of success on Sunday.

They caused mayhem against Leipzig’s defence and have the talent to exploit the space that Bayern leave by employing a high defensive line.

Neymar in particular has looked hugely impressive, cutting out many of the histrionics and sulkiness that detract from his talent.

PSG are certainly not alone when it comes to attacking potency, with Bayern possessing numerous threats in forward areas.

Lewandowski has played a part in 20 of Bayern’s goals in the Champions League, while Serge Gnabry has been involved in 11.

The Polish striker has netted 55 goals in 46 games this term and is only the second player to score 15 or more goals in a single Champions League campaign alongside Cristiano Ronaldo.

Gnabry’s stunning opener against Lyon showcased his quality to perfection and probably left Arsenal fans bemused after he failed to make the breakthrough there.

Champions League Prediction: Both teams fully deserve their place in the final and each will rightly fancy their chances of lifting the trophy.

PSG look much tougher under Tuchel and their array of attacking talent possess the ability to cause Bayern plenty of problems.

However, Bayern will be the most difficult opponents they have faced and the German side are fancied to claim their sixth Champions League title.