Tottenham booked a place in the Europa League knock-out stage after they registered a convincing 3-1 win over CSKA Moscow in the Champions League on Wednesday.

The visitors took the lead in the 33rd minute through Alan Dzagoev, who scored from a headed flick-on from Zoran Tošić.

Spurs restored parity shortly afterwards through Dele Alli, and Harry Kane finished a stylish move to put the home side in front before half-time.

An error from CSKA keeper, Igor Akinfeev, gave Spurs a two-goal lead when he guided Alli’s header into his own net.

The victory puts Spurs into the Europa League for the sixth consecutive season. 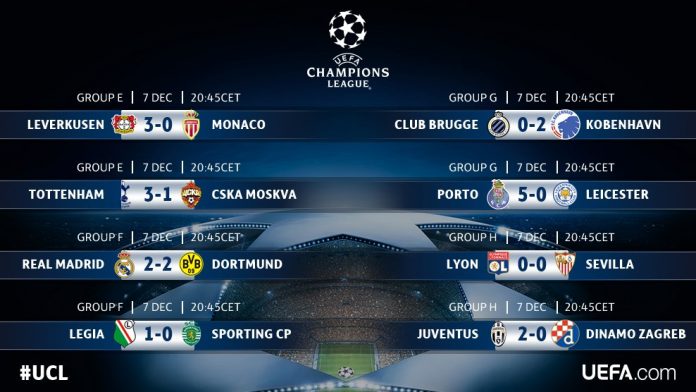 They finished as one of the four best third-placed teams in the Champions League groups, and cannot be matched with a team from England.

Leicester City suffered the worst defeat by an English team in the Champions League after the Foxes lost 5-0 to Porto. 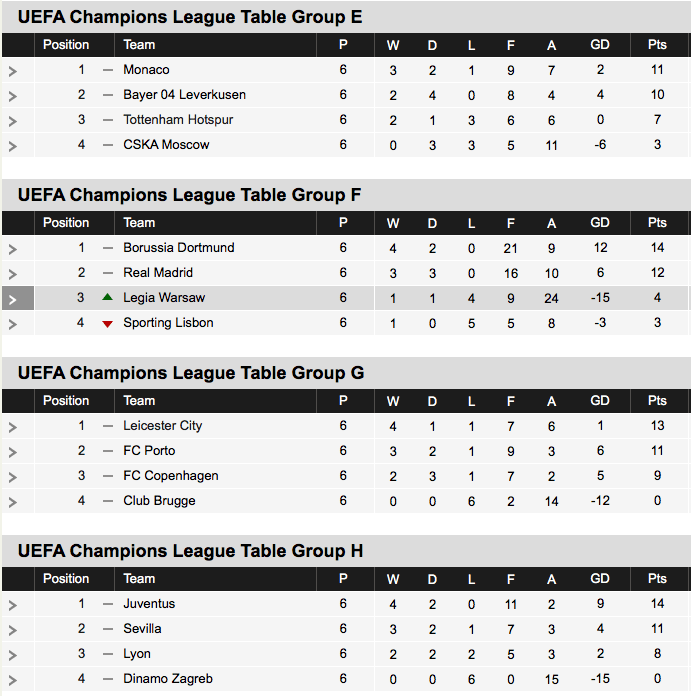 Claudio Ranieri made 10 changes to his starting XI with Leicester already assured of progressing as Group G winners.

Karim Benzema scored twice for Los Blancos on either side of half-time, but goals from Pierre-Emerick Aubameyang and Reus mean the German giants snatch first position in the group.

Juventus also progressed to the next round as group leaders, after they beat Dinamo Zagreb 2-0 at Juventus Stadium.

Bayer Leverkusen beat Monaco 3-0, but they still finished second behind the French club in Group E.

Who can Manchester City, Arsenal and Leicester face

First let us take a look at the teams who have progressed. 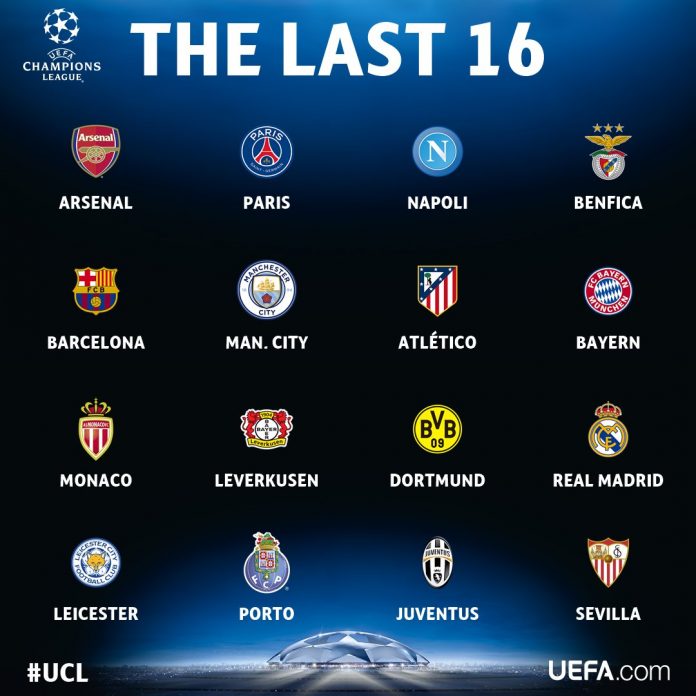