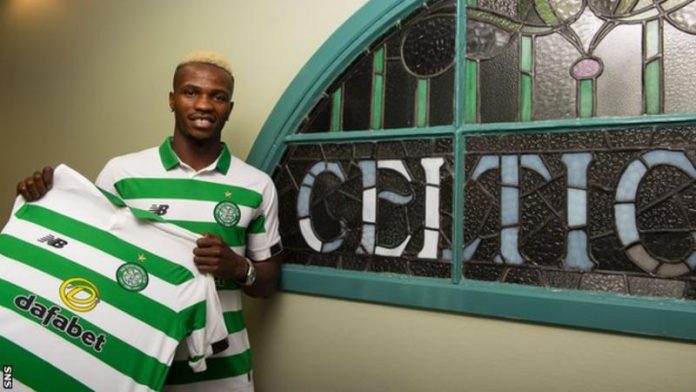 Celtic defender Boli Mbombo believes that he is technically a better player than the Manchester United striker Romelu Lukaku.

The two players are cousins and Mbombo thinks he is the most technically gifted player in the family.

He said: “They are a bit stronger and more physical than me, but I think technically I am the best in the family. There aren’t that many similarities between us, except maybe I am faster than them!”.

The 24-year-old joined the Scottish giants yesterday and it will be interesting to see if he replaces Kieran Tierney. The Celtic star has been linked with a move away this summer.

BBC believe that the player cost around £3m and he has signed a four year deal with the Scottish champions.

Celtic fans will be excited to see their new signing in action next season. Boli’s claims of being technically better than Lukaku will certainly add to the expectations surrounding him.

It will be interesting to see how he adapts to the Scottish League.

If he is the replacement for Tierney, he will have to step up quickly and make an immediate impact. The Scottish defender is one of the best in his position in the league and it won’t be easy replacing him.

Tierney is thought to be a target for Premier League club Arsenal this summer.