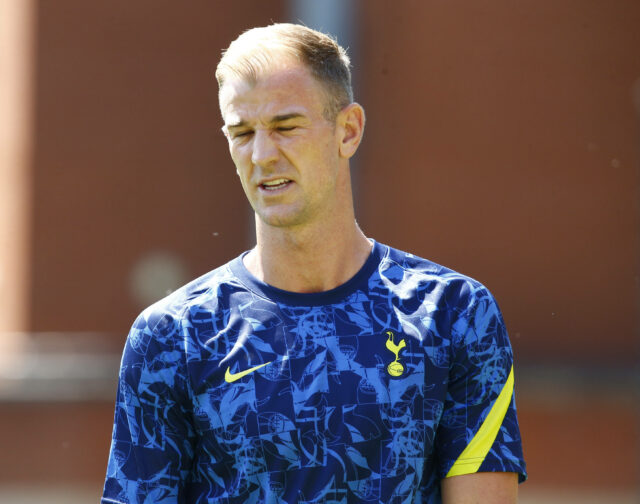 Celtic are working on a deal to sign Joe Hart this summer.

The 34-year-old, who won the Premier League title with Manchester City, has a contract at Tottenham Hotspur until 2022.

Hart, who has played in cup games for Spurs last season, wants to leave the north London club and move elsewhere to enjoy regular football.

According to reports from Football Insider, the Bhoys are offering to make Hart one of their top earners at the club.

Celtic are looking to sign a quality goalkeeper this summer, and they have earmarked Hart as a player perfect for the role.

Hart is currently on over £50k-per-week wages at Spurs. However, he is ready to take a pay cut to move elsewhere.

He is expected to slip further down the pecking order following the recent capture of Pierluigi Gollini from Atalanta.

Celtic are trying to lure him with a contract worth more than £35,000-a-week, which would place him alongside Callum McGregor and Christopher Julien as the club’s highest earners.

The Hoops have made a calamitous start to the campaign and are looking to sign a new keeper by Friday.

He has the top-level experience and pedigree that Ange Postecoglou is looking at in his potential new keeper.

Read: Leon Bailey is reportedly undergoing his medical in Florida.