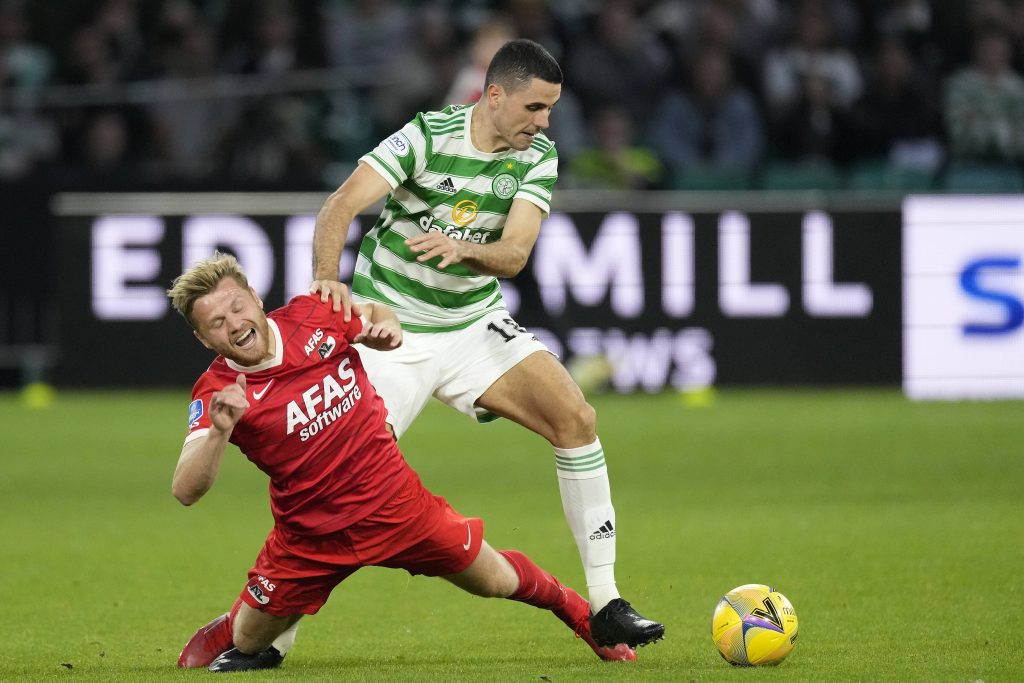 Celtic secured a vital 2-0 win in the first leg of the Europa League qualifiers against AZ Alkmaar last night.

The Hoops are now one step closer to booking their place in the group stage of the competition.

They will fancy their chances of getting the job done in the second after a well-organised performance against the Dutch side.

Midfielder Tom Rogic produced another outstanding display for Celtic. The playmaker has been on a different level since the arrival of Postecoglou.

The Australian was expected to leave Parkhead this summer, but his transformation has been remarkable.

He has been a key player for the Hoops in recent weeks and now looks undroppable.

The 28-year-old worked hard throughout the game and was effective in the final third.

Rogic delivered an exceptional ball for the opening goal of the game from Kyogo Furuhashi.

The midfielder will be hoping to build on his recent performances and hold down a regular starting berth at Celtic over the next few months.

Tom Rogic is the best player in Scotland.

Still daft at the back and will bite us in the arse if we don’t sort it but we look scintillating going forward. Tam Rogic a man reborn. Whatever happens it’s not gonna be boring under big Ange 👏🙌🍀

Superb work from Rogic and an excellent finish from Kyogo 🍀pic.twitter.com/YHIflFoXH4