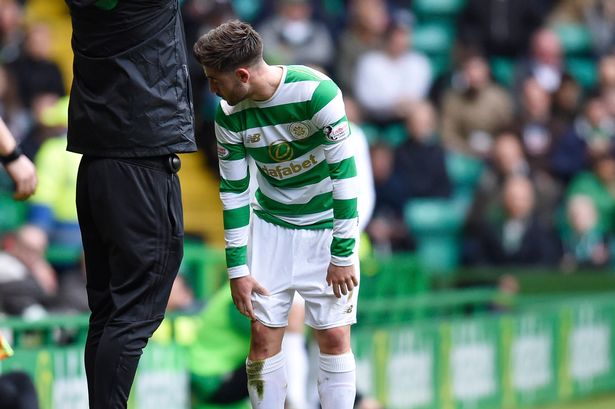 Celtic boss Brendan Rodgers has decisions to make ahead of his side’s clash with Bayern Munich on Tuesday night, with both Patrick Roberts and Olivier Ntcham injured over the weekend.

The Hoops boss rotated his squad for the 1-1 draw against Kilmarnock at Parkhead on Saturday, but two key men picked up knocks.

Roberts was withdrawn in the first half of the draw, being replaced by Scott Sinclair after only 30 minutes of the domestic clash.

Celtic manager Rodgers confirmed that the Manchester City loanee had picked up a hamstring strain and would not be available to feature in the glamour midweek Champions League tie.

“It looks like a hamstring so we will have a scan around that,” Herald Scotland quote the Bhoys boss as saying.

“It was frustrating for Patrick because he had started very well and looked very good in those one v one moments. I would suggest he would probably be out for a few weeks.

“It is unfortunate, but that is why in games like today, I need to take a look at players, and get players up to a certain level.

“The squad is there to cope with it. James [Forrest] obviously comes into the reckoning now but it is obviously disappointing to lose Patrick for Tuesday.”

Ntcham was also substituted after starting the game against Killie, with the French midfielder replaced by Stuart Armstrong just after the hour mark.

The deep-lying playmaker is now also a doubt for Celtic in the Bayern clash after spraining his ankle.

“Olivier rolled his ankle, which didn’t help for the goal, because he couldn’t track the man into the box,” Rodgers confirmed.

“It is sore, but we will assess that tomorrow.”

Celtic know that if they are to stand any chance of progressing to the next stage of the Champions League, victory over Bayern is a necessity at Parkhead.

However, Rodgers men will be more concerned with restoring some pride after being beaten 3-0 in the reverse fixture in Bavaria, which compounded a 5-0 home defeat to Paris Saint-Germain.