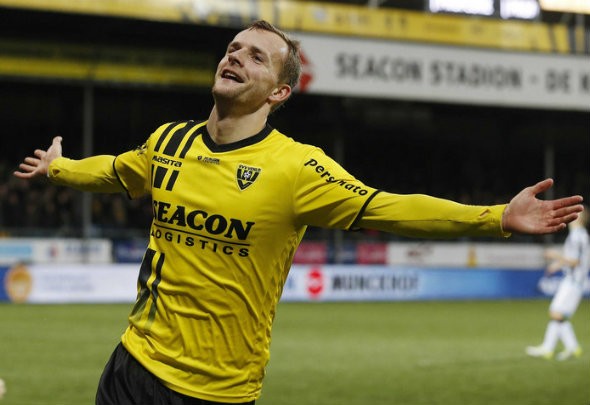 According to reports from German publication 90mins.de, Celtic have been monitoring Werden Bremen owned striker Lennart Thy and have sent scouts to watch him recently.

The 26-year-old joined VVV-Venlo last summer on loan from Werder Bremen, and has enjoyed a decent campaign for the Dutch side.

The report claims that Celtic sent scouts to watch the former German under-20 international in action in VVV-Venlo’s Eredivise clash with FC Twente on Saturday.

The match ended 0-0, but Thy did a decent job. He has scored seven goals in 28 games this season, including a hat-trick against Heracles.

Adding a striker to his ranks is one of Brendan Rodgers’s top priorities. Moussa Dembele is bound to attract interest in the summer, and this time Celtic could be forced to sell him.

Also, the club hasn’t taken the decision to convert Odsonne Edouard’s loan move from PSG into a permanent one. Celtic will have money to spend in the summer, and signing a proven goalscorer should be a priority.

In that case, they must look for better options for Thy. His record since joining Bremen hasn’t been impressive, and the Bhoys cannot afford to take a gamble on a player especially when there are concerns about replacing someone like Dembele.

Celtic should look at players who can score 15-20 goals in a season, and Thy’s recent record doesn’t show he is capable of that.