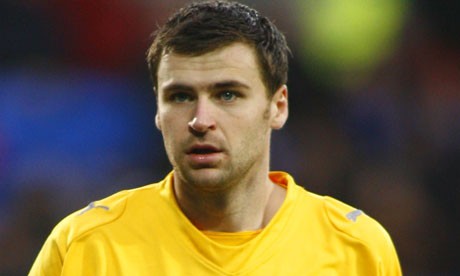 The Sun has reported that West Brom – who will play in the Premier League next season after winning automatic promotion from the Championship – want to sign two new goalkeepers to challenge Sam Johnstone for the number one spot.

The report in the British tabloid has added that Wigan goalkeeper Marshall is among the players manager manager Slaven Bilic is reportedly looking at.

This report will come as a blow for Celtic, who are also reported to be interested in signing the 35-year-old Scotland international goalkeeper.

The Scottish Sun reported last month of interest from the Scottish Premiership in Marshall, adding that the Scotsman would jump at the chance of returning to the club where he started his professional club football career.

Although Celtic recently signed Vasilis Barkas from AEK Athens, the Glasgow giants could still do with another goalkeeper.

After all, Craig Gordon and Fraser Forster both have left Celtic, meaning that Barkas and Scott Bain are the only two senior goalkeepers in the squad.

Neil Lennon’s side are aiming to win the Scottish Premiership title for the 10th season in a row in 2020-21.