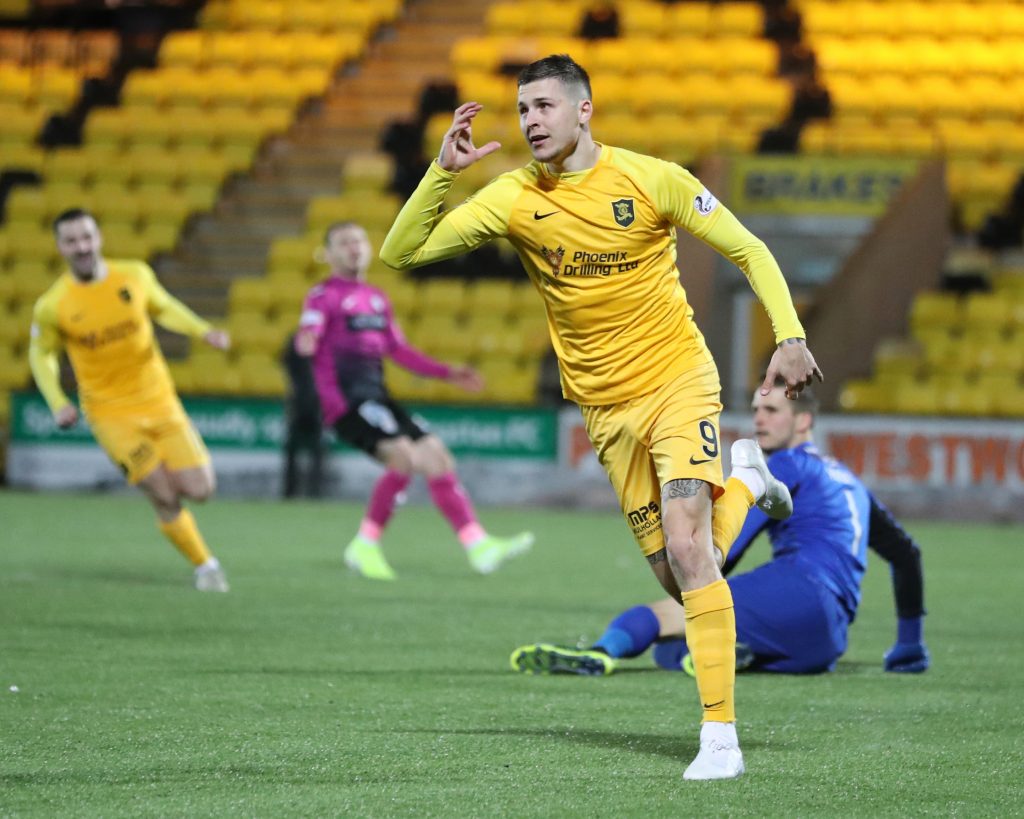 Celtic have been linked with the Livingston striker Lyndon Dykes this summer.

As per Daily Record, Rangers are keen on him as well.

The 24-year-old has scored 12 goals this season and he could prove to be a decent addition to Neil Lennon’s squad.

Celtic need to add another goalscorer to their team. They are overly reliant on Odsonne Edouard right now.

The player will obviously be tempted to join the Hoops if a concrete offer comes in. It would be a step up in his career and he will be able to experience European football as well.

That said, Rangers are in the race as well and Celtic will have to move quickly to secure his services.

Livingston chief John Ward has now handed Dykes’ suitors a boost. He has hinted that the club could consider a sale if the right offer comes in.

He said (quotes via Daily Record): “I don’t doubt there’s clubs interested and looking at him but, personally, I would like to keep him and I know that Gary Holt and David Martindale like him. There’s been no enquiries, he’s a big part of our plans going forward. But, it’s like all these things, who knows if there was a proper offer what the reaction would be.”

It will be interesting to see if Celtic submit an offer for the player in the coming weeks. They have the means to pull off the signing.