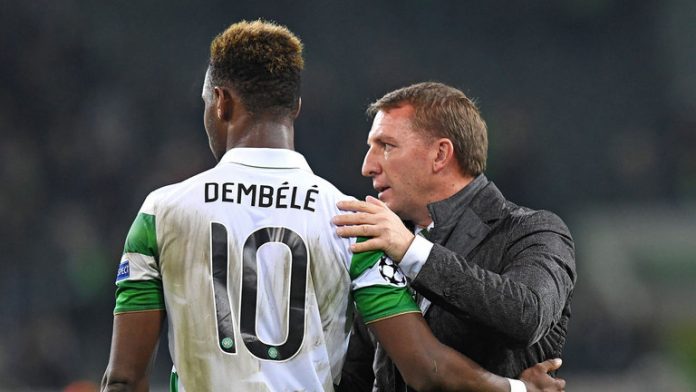 Sorry, fell asleep for a moment there.

Now before Celtic fans start getting on their high horses, winning seven titles in a row in any competition is commendable. Well done.

However, in the grand scheme of things this season’s title success adds more weight to the “Scottish football is a joke” argument.

Sunday’s victory over Rangers took Celtic’s record this term against their local rivals to five games played, no defeats and a 14-2 aggregate scoreline.

Hoops fans will understandably not care that they’ve sauntered to yet another title, but their continued dominance simply isn’t healthy for the Scottish game as a whole. Like it or not the Scottish Premiership is a league bereft of competition and its predictability is mind-numbingly boring.

This year’s runners-up are likely to be Aberdeen and their record against Celtic in three meetings this season is P3 L3 F0 A8. Realistic title challengers? Nope.

Brendan Rodgers now has five trophies as Celtic boss and he could make it six in the Scottish Cup final against Motherwell.

However, there’s a reason why the likes of Arsenal wouldn’t seriously consider him as a replacement for Arsene Wenger – his ‘achievements’ are seriously tainted by the lack of competition.

Rodgers ultimately failed to deliver success during his time in charge at Liverpool and filling his boots in the calmer waters of the Scottish Premiership proves little about his coaching ability.

The club’s dismal showing in Europe this season only served to highlight the inadequacies of both Celtic and Rodgers.

Admittedly, the financial clout of Paris Saint-Germain and Bayern Munich meant they were always likely to prove too strong for the Hoops, but Rodgers’ tactical deficiencies were laid bare for the majority of the Champions League campaign.

A disappointing exit against an average Zenit St Petersburg side in their round-of-32 tie in the Europa League further highlighted how Celtic’s domestic dominance is meaningless.

Many people have argued, Rodgers included, that Celtic would comfortably finish in the top six if they were playing in the Premier League.

However, the reality is that Celtic’s current squad would struggle to win promotion from the Championship if they were to compete south of the border.

Most Celtic fans won’t agree, but their current domestic domination is not healthy and unless the likes of Rangers or Aberdeen can find a way to break the cycle Scottish football will regress further over the next few years.

When you consider that clubs from the League of Ireland have collectively had better results in Europe than their Scottish counterparts over the past few years, it speaks volumes for how much Celtic’s dominance is having a negative impact.

No doubt the 2018/19 will see yet another title success for Celtic, but outside of the green half of Glasgow will anyone really care?