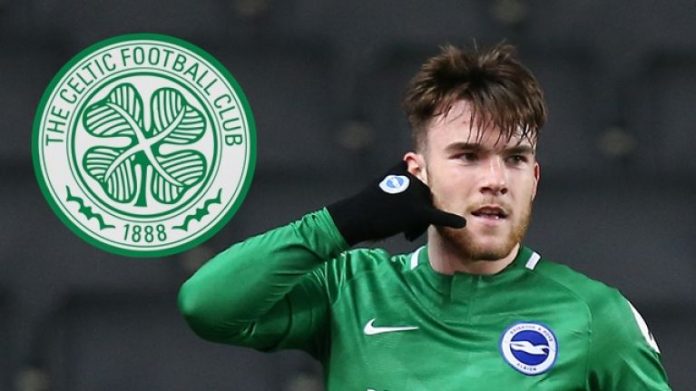 Celtic are interested in signing the Brighton striker Aaron Connolly.

The 18-year-old has been in fine form for Brighton’s U21 side and he is being monitored by Premier League giants such as Manchester United and Manchester City.

It will be interesting to see if Celtic make a move for the striker next month.

Connolly has been in red hot form this season and he has scored 16 goals already. He was named as the Premier League 2 player of the month in November as well.

Celtic have developed some very talented young players over the years and Rodgers will harbor similar hopes with Connolly.

He could go on to become a first team star for the Hoops in future. It could prove to be a solid investment for Rodgers.

Connolly might be tempted to play for a big club like Celtic as well and the move makes sense for him as well.

Celtic have a better youth development setup than Brighton and Connolly will benefit from that. Also, he is likely to play in the Scottish League sooner than in the Premier League.