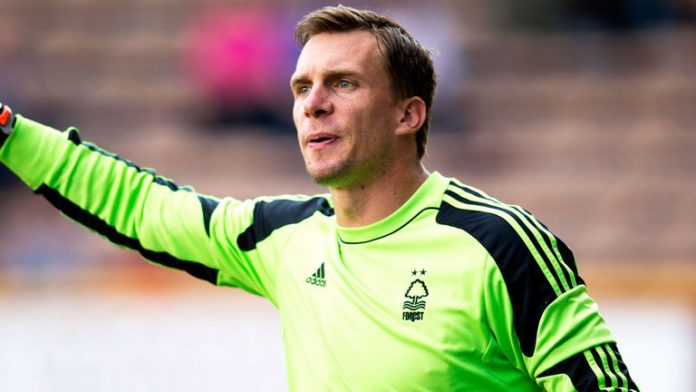 Celtic bowed out of the Europa League after losing 3-0 against Zenit Saint Petersburg on Thursday.

Brendan Rodgers’s side won the first leg at Celtic Park 1-0, and were expected to put up a strong fight in Russia. However, the Bhoys were throughly outplayed, with the visitors failing to create enough clear cut chances.

As was the case during Celtic’s Champions League campaign, it is the fragile defence that has once again let the team down.

The defenders made some basic positional errors that is simply unacceptable at this level of competition, and they weren’t helped by the fact that goalkeeper Dorus de Vries failed to exude confidence from behind.

The 37-year-old keeper who joined the Bhoys in 2016 from Nottingham Forest started the game in the absence of the injured Craig Gordon. And he made some huge blunders, that involved failing to judge the movement of the ball from long distance for the second goal.

Celtic fans took to social networking site Twitter to criticise his performance. Here are some of the selected tweets:

Is Dorus De Vries the only goalkeeper in the world that has to dive at shots that are straight at him?

De Vries doing his best Bruce Grobbelaar impression. For all the stick Gordon takes he wouldn’t have conceded either of they goals.

Another goal for Zenit, as a long range strike evades De Vries and flies into the Celtic net. Rank awful goalkeeping I’m afraid!!!

I’d love to see De Vries shots to saves ratio. He saves about 1 shot in 15. Thinks his hands are for scratching his big Dutch baws and trying to fire into mad cows on instagram. He isn’t worth a flying fuck.

Couldn’t agree more. Said it weeks ago….De Vries doesn’t make saves. Any shot on target is a goal for the opposition.

WTF DE VRIES YOU ARE USELESS

1. De Vries is no keeper

2. De Vries should not be kept#COYBIG

To think of some of the stick our fans give Craig Gordon. Lol. He’s 20 times the keeper De Vries is.