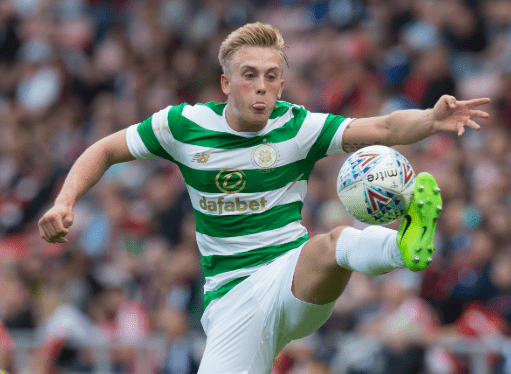 Celtic confirmed on their official website on Tuesday that young left-back Calvin Miller has extended his contract at the club till 2020.

The 20-year-old will be allowed to leave Parkhead on loan for the season. A number of Celtic fans took to social networking site Twitter to congratulate the young defender, but at the same time has urged the club to sign a defender and a central midfielder.

Miller’s deal has been extended by another year and the club have also suggested that he is likely to move away on loan. It is a good move as he would struggle to break into the first team with Kieran Tierney and Emilio Izaguirre ahead of him in the pecking order.

The reaction to the news has been largely underwhelming. A lot of Celtic fans have vented their frustration over the club’s lack of signings, while there are a few who feel that Miller doesn’t have the potential to break into the first team, and thus offering him a new deal is pointless.

He’s never impressed when given the chance, having said that he’s never a left back

Is that your signing news Celtic ?

To be honest not a good move 4 the boy should have looked to move on!1. he’s not a left back! (BR is trying to turn him in to)
2. he’s will never get the chance to play on the wing!
3. he going to be the back up to our back up at left back

Safe to say this will be in case he has a stormer whilst out on loan and who ever he goes to doesn’t get him for nothing at the end of it.

To a certain extent, Miller is unlucky as the Celtic squad right now has two fantastic left-backs and he would find it extremely difficult to make his way into the senior team.

Tierney is arguably the best left-back in the Scottish Premiership while Rodgers has bolstered that area by bringing in Izaguirre for a second spell.